Front page is occasionally blank, as if no questions had ever been asked

There have been a few times now when I come to the site, and see no questions at all.

Here is a screenshot: 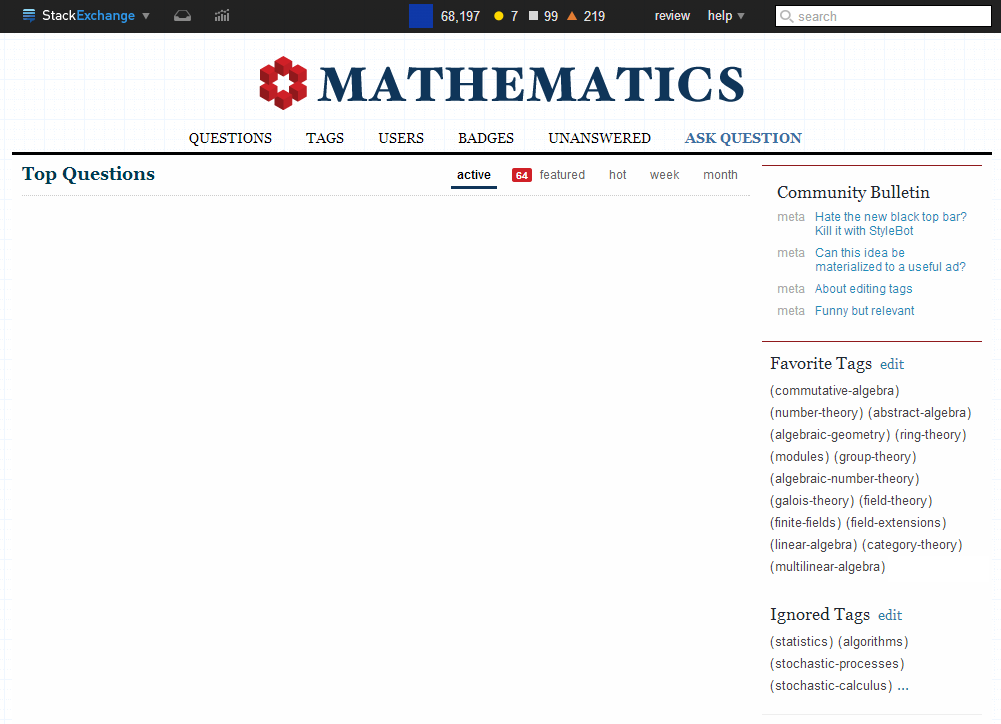 Refreshing the page has no effect, nor does switching browsers, nor would (as far as I know) switching computers in any way - looking at the HTML of this blank page, the <div> element with id question-mini-list, which normally contains the questions, is simply empty.

The problem doesn't last long - 30 seconds at most - so it is difficult to distinguish "fixing" it and going away on its own.

Interestingly, the script that detects new questions / activity still functions correctly, so that

shows up after a while. It's also interesting that the featured tab still indicates its number, but I did not have the presence of mind to check whether the actual featured questions themselves were listed when that tab is switched to.

3
User page weirdness for users without questions
1
Questions not accessible from main page
22
What is on front page for new (unregistered) users?
17
Downvoting on meta and disappearance from the front page
5
Post with many lines of display math takes up most of the Questions page
2
MathJax bugged on front page (FireFox)
3
Last activity on the home page doesn't show whether it is modified, asked, answered, or migrated.