How can we increase user involvement on this meta site?

I recently came across the discussion about the fate of the homework tag.

Now, before I start, let me make it clear that I agree that the homework tag should be removed.

I'm a regular user on the main site and have been for the last two year. Despite this, I had no idea that this discussion was taking place.

(It turns out that this discussion was in the featured column on the right of the main site. I hadn't seen this column until someone pointed it out to me; I usually focus all of my attention on the large, bright blue question titles on the left.)

To be honest, I found it a little scary that there were a total of 211 votes cast, and from that vote, it looks like the homework tag could be removed. The number 211 seemed really very small to me. On the main site, there are over 100,000 registered users. Now, of course, many of these have only used the site once or twice. There are 2019 editors on the main site. There are users that are able to edit people's posts. It seems that all of these users have at least 1,000 reputation; these are experienced users.

It is clear that discussions with a voter turnout of 10%, and a support of 7.7% have no popular mandate whatsoever. If a politician were elected on such figures there would be serious questions asked.

All modern democracies around the World strive to increase voter turnout and voter engagement. This site owes it to itself, and to the users of the main site, to increase involvement.

What can we do to improve involvement?

I have two ideas. I would like to hear yours. We could incorporate the meta site in to the main site. For example, just as we have a "questions" tab, we could have, e.g. a "policy" tab.

When Wikipedia want to raise money, they have started including drop-down banner headers. We could include drop-down banners that say something like "Want a say in the way your site's run? Well get yourself over to meta."

Anything that can be done to increase involvement in the decision making process has to be a good thing.

What ideas do you have to increase involvement in the decision making process?

There are 2019 editors on the main site.

Different methods of counting yield different numbers. During the month of July (which is conveniently about to end) only 239 users edited 5 posts or more. And many of users on this list are under 1000 reputation.

The site has just turned four years old, and the level of activity of users widely fluctuates over such a period of time. Remarkably, on the list of all-time editors two out of top five users have not been seen for 1-2 years.

Moderators used to be able to put up a banner notice on the main site, but SE took that away early last year. So they'd have to be convinced to reconsider. I do not think that banners would yield dramatically better results than Community Bulletin. During moderator elections, users get a personal inbox message telling them to vote, and very few do so, percentage-wise.

This is a non-starter. The concept of meta separation one of fundamental SE ideas. It's right there in the first paragraph of What's Meta?

It is separated from the main Q&A to reduce noise there while providing a legitimate space for people to ask how and why this site works the way it does.

That's the point: for most users, meta-considerations are noise. They come to the site to ask or answer mathematical questions, and SE provides them the environment to do so with a minimal amount of distractions. (Well, Hot Questions are kind of distracting, but in an entertaining way). Most users naturally take the more enjoyable aspects of the site, and have no reason to want the tedious parts. "Do we really need the tag laplaces-equation, given that harmonic-functions already exists? and how does laplacian fit into this?" yawn yawn crickets chirping

For example, you were aware of meta for a long time, but voted the total of 7 times up to now. It seems that the lack of awareness isn't the only issue here; awareness does not directly translate into sustained interest and participation.

... which may be a good thing. Jeff Atwood's blog post on the subject is worth reading:

I am not a fan of the meta. It's seductive in a way that is subtly but deeply dangerous. It's far easier to introspect and write about the process of, say .. blogging .. than it is to think up, research, and write about an interesting new topic on your blog. Meta-work becomes a reflex, a habit, an addiction, and ultimately a replacement for real productive work. It's something I think everyone should watch out for, whatever walk of life or career you happen to have. In fact, I've come up with a zingy little catch phrase to help people remind themselves, and their coworkers, how toxic this stuff can be -- meta is murder. 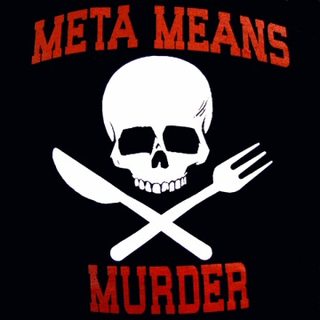 If a politician were elected on such figures there would be serious questions asked.

Moderators are elected on such figures (in the latest elections, 86 votes sufficed), with no questions asked. Also, a better comparison for tag decisions would be the meetings of a local Planning and Zoning Committee. Compare the number of city residents vs the number of people who actually show up to such meetings (held open to the public).

And so goes another boring meta post... here's a parallel to liven it up a bit.

There's no point in acting surprised about it. All the planning charts and demolition orders have been on display at your local planning department in Alpha Centauri for fifty of your Earth years, so you've had plenty of time to lodge any formal complaint and it's far too late to start making a fuss about it now. . . . What do you mean you've never been to Alpha Centauri? Oh, for heaven's sake, mankind, it's only four light years away, you know. I'm sorry, but if you can't be bothered to take an interest in local affairs, that's your own lookout. Energize the demolition beams.

Not the answer you're looking for? Browse other questions tagged discussion meta .

61
What do you think is the largest problem facing Math.SE today (July 2015)?
133
History of Math.StackExchange
67
Fate of the (homework) tag: The community voted… now what?
12
How can I become more involved in meta?
151
Announcement: I'm retiring
-4
Meta.meta: New close reason: “This is a duplicate on Meta.SE”

6
Privacy of user email addresses and other data (who can see them?)
27
CFV: Proposal for standardized meta-comments, to avoid main-site meta discussions
10
Tags (integral) and (integration)
294
(homework) tag should be deprecated (Voting's over! You won't believe what won!)
15
Where do the (many) voters in the 2014 community moderator election come from?
15
Removal of a single “meta” comment on the main site
1
Is a “catalog of advanced integrals” appropriate for this meta?
29
Do we want a new custom meta-close reason “Is intended for the main site”?
11
Tag management 2021