I recently started using Firefox 4. It seems that the browser understands MathML. However, the output is not as pleasing as the old MathJaX. Will this improve when Firefox 4 gets out of the Beta phase? Is there a way to get the old MathJaX back? I guess this question will become relevant in the near future when "everybody" will change to Firefox 4.

Now that Firefox 4 has been released, this is a real problem. The HTML/CSS rendering of MathJax here does not use the MathJax TeX fonts, but instead seems to use the default serif font of the browser, making the rendering look terrible. The problem does not occur in the demos on the MathJax site, which suggests that this is a problem with the deployment of MathJax here on StackExchange.

Here are some screenshots taken on Linux of an post by Michael Lugo which conveniently had a lot of formulae in one place. 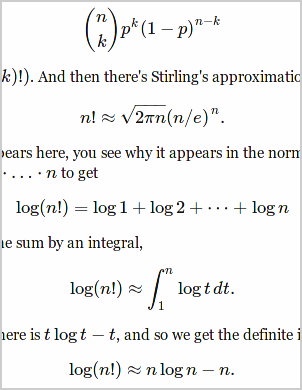 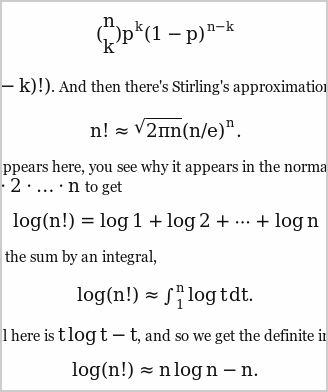 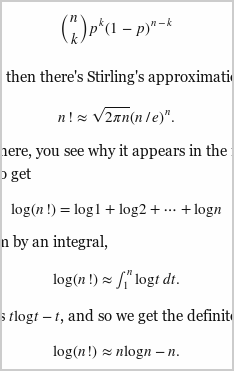 Dear StackExchange admins, this is a bug; please fix it.

This should be fixed now that MathJax 1.1 is deployed.

We will be sponsoring the MathJax project as well, with more details to be announced later.

Well, perhaps an obvious question, but has a bug report been filed for Firefox? I'm sure, if the bug lies in Firefox, such a thing would get the deserved attention (especially if you mention the Chrome niceness :) ).

Boris Zbarsky was nice enough to really dig into this and add a lot of detail to the bug (http://bugzilla.mozilla.org/show_bug.cgi?id=644885). Apparently, it has to do with how MathJax determines whether downloadable fonts are supported. MathJax 1.1 does this correctly for FF 4.0.

Not the answer you're looking for? Browse other questions tagged discussion bug status-completed mathjax .

12
Mathjax 2.1 beta
15
Should we already give up using Chrome in MSE?
37
Mathjax 2.5 alpha
30
MathJax v2.5 beta released
3
mathjax stops when I'm editing this question
2
Why do some users citing compatibility issues when deprecating the use of Unicode characters?
4
Comments containing MathJax are not being displayed fully