Unusual behavior of \\ in pmatrix environment

I found an unusual behavior of pmatrix environment when editing a post.

However, here is screenshot showing what the matrix/question looked like when I used version with \\ instead of \cr: 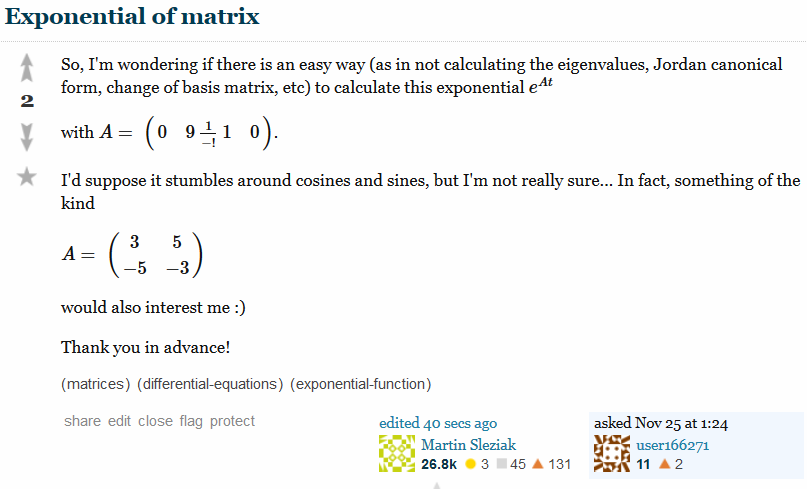 I don't think it's a big deal, but it I'm curious why the same code behaves differently in that question. And also it might be useful to know, in case something similar might manifest elsewhere.

EDIT: Now I am confused even more. At the moment the question renders ok with \ (at least I see it rendered correctly). But when I click on edit, the preview show the strange version with the exclamation mark.

The answer to that question contains the definition $\def\\#1{\frac1{#1!}}$ which spills over to the preview, but not to the question. (Owing to the order of script execution, I assume).

3
Problem with cases enviroment
15
Should we already give up using Chrome in MSE?
5
The \smallsmile and \smallfrown commands render identically to \smile and \frown
4
Integral signs not being rendered correctly
12
Is there a way to display triangular tables of numbers in MathJaX?
0
spurious slash causes \, to be misinterpreted