How did a candidate nominate themselves after the deadline?

User Way to infinity nominated themselves at 20:11:59 UTC: 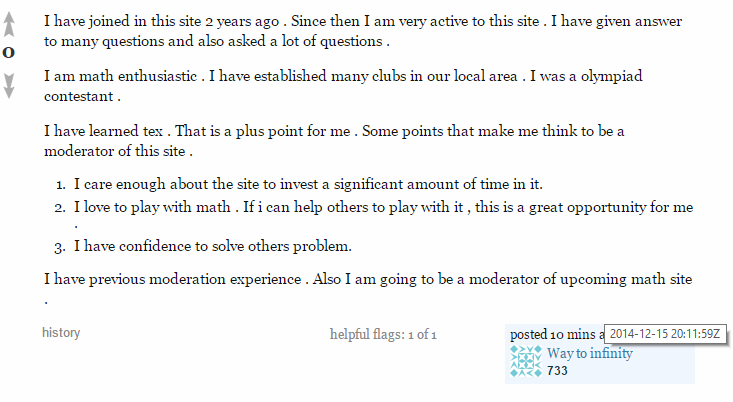 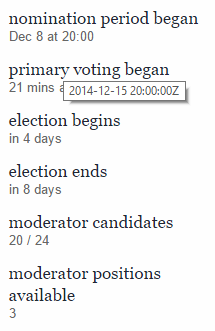 This isn't really normal, I believe. If I had to guess, the user opened the nomination page before the deadline, and submitted after. Is that really the expected behavior?

Apparently there's a grace period on the nomination cut-off. I'm also inclined to consider that a bug, albeit one we haven't really had to worry about much.

For the time being, I've left the nominee a polite "better luck next time" and removed him from the running, as strictly-speaking he should not have been allowed to submit a nomination.

The primary election will continue with the top 20 nominees (by reputation) out of a total of 23.

Not the answer you're looking for? Browse other questions tagged bug status-deferred election .