Asking an amusing, but only very loosely on-topic question?

My question then is: which six characters look best for a vanity plate: ABLIAN, ABEL'AN, ABEL-AN, or some other combination? (Characters like the ' and - don't count). 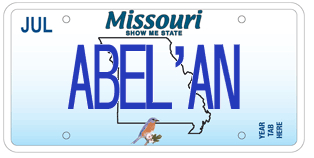 Obviously I commute... Is this a question which would be unwelcome in the math.SE world? Where should I turn for great mathematical minds applied to a trivial question? :-)

Fun isn't necessarily wrong, but the question you want to ask yourself is

What could I, as a mathematician, learn from this question?

This is a site for math questions, not for all questions related in some way to math. In my opinion your question is not on-topic for this site, loosely or otherwise.

Not the answer you're looking for? Browse other questions tagged discussion policy asking-questions .

14
Asking a lot of question, but not answering other people questions?
10
Asking questions with very short answers
8
Questions asking for topic suggestions
18
The Limit of asking a question
1
Question marked as duplicate, but I think I'm asking a different question
9
Closed as off-topic after asking and answering own question