This question displays correctly when viewed in the /questions page:

But in the question queue, the preview is messed up:

My guess is that this is a result of cropping the MathJax markup halfway so that the preview stub becomes invalid MathJax. We can fix this simply by

Note that the markup contains $ inside the MathJax in this case. I will try to edit that away using \begin{cases} and report back.

After the edit it looks somewhat better, but still wrong:

This still occurs 2 1/2 years later. Either it wasn't fixed or the bug has resurfaced. 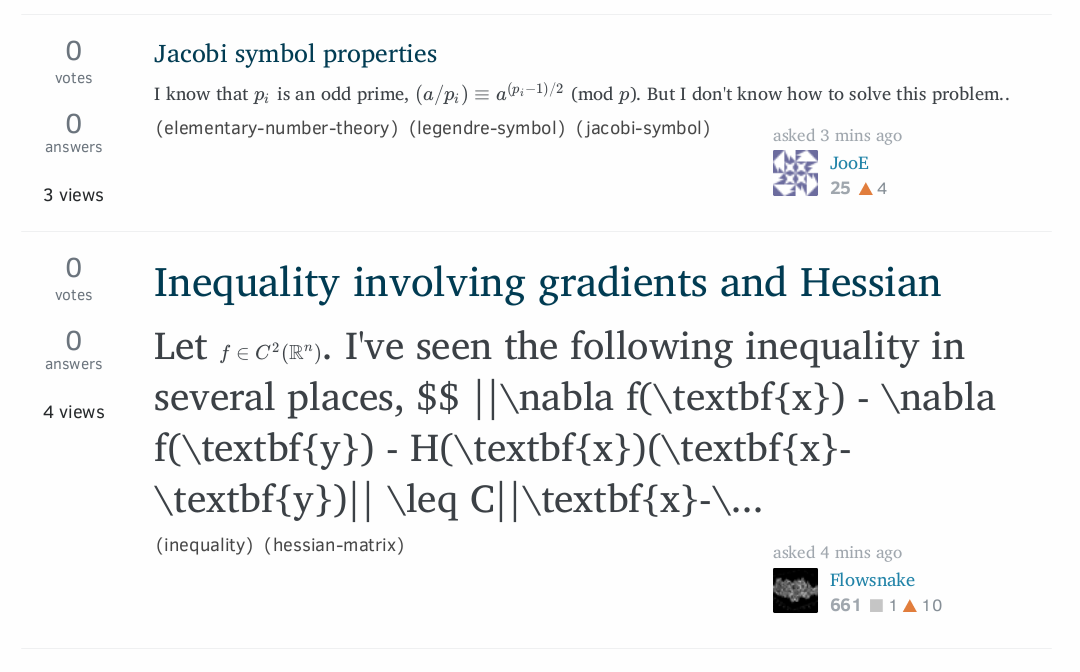 [Note: This is not intended to be a "comment answer" but a means to attach an image example of the problem, which due to the way this site's software is designed can not be uploaded to a comment (except by an offsite link which would then not display inline).]

7
MarkDown quirk, including square brackets in link text of Comment
1
MathJax tries to render "side-by-side markdown" when Fast Preview is enabled
9
MathJax not rendering in comments and post preview
2
"Math Processing Errors" on empty \overset and differences between preview and answer
6
MathJax preview does not work when editing from review (or when editing a deleted question)
8
MathJax very slow in questions that are closed