Question: Should simultaneous edits be made impossible?

Context: This question was originally very poorly typeset. Thus, I made an edit to clean it up. Shortly thereafter, I noticed there was a pending edit. This edit was approved by one user and rejected by myself and another user: 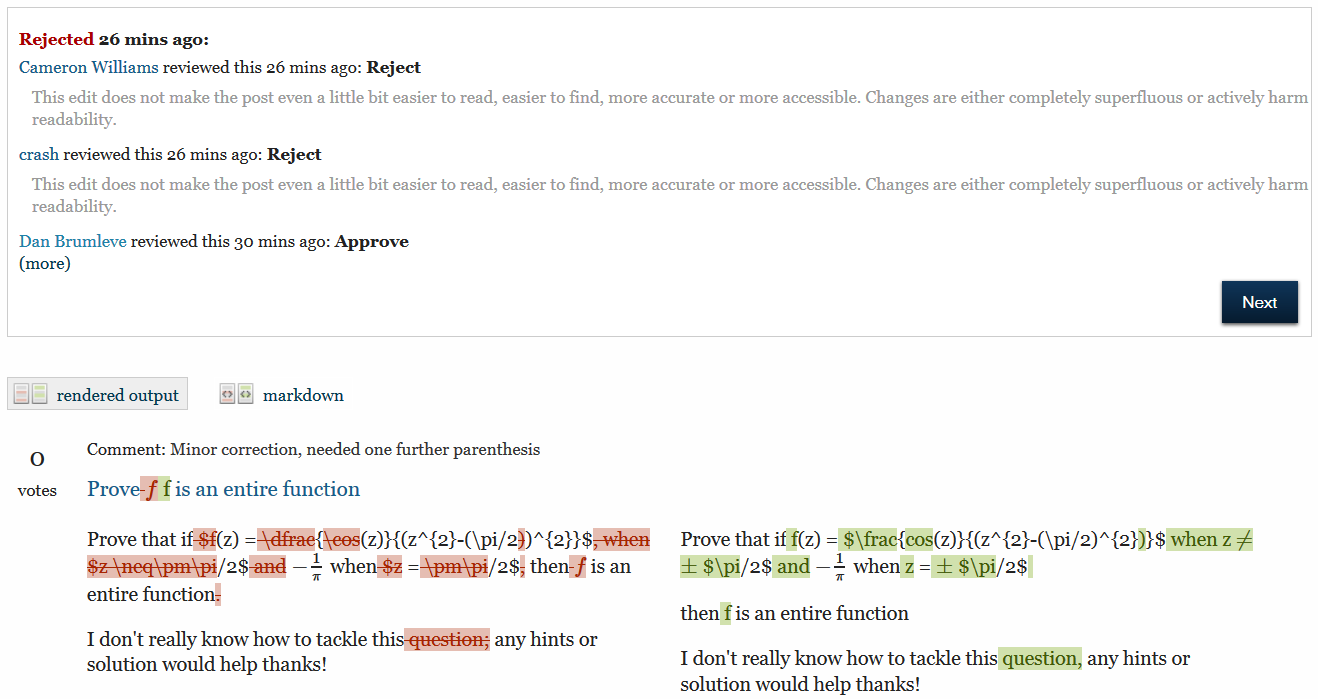 Since this edit was approved, it is fairly clear that this was a simultaneous edit; otherwise, the new edit would have undone all of my work to clean up the question, and the suggested edit looks substantially worse. The decision by one user to approve the edit was probably not so bad in the original context (because he likely didn't see my edit), but it would have been very unproductive had another user approved the edit, for the question would have essentially been reverted back to its original poorly formatted nature.

Request: I know that further edits cannot be proposed once a user has already given a suggested edit (the suggested edit must be approved or rejected or improved by a $\geq 2000$ rep user), but should it not be impossible for simultaneous edits to avoid situations just like this?

6
Two Similar Edits, One Rejected by CommunityBot
5
Over-writing an edit
1
There should be a sign that someone's editing a question/answer.