Choice of the question in the tour

In the tour an example question (and example answers) are shown. Ideally, that should be an example what is considered by the most of MSE community as a good question.

The question which is currently shown has, at the moment, four close votes. So it probably has some shortcomings. I did not voted to close and the users who did so did not explain their reasons in comments. However, the close reason they chose is "This question is missing context or other details: Please improve the question by providing additional context..."

In connection with this, two question comes to mind:

1I hesitated whether to add a link to the question, since that might attract more close votes (which might then later lead to repeated reopening and closing of the question). However, anybody who sees the question in the tour can easily google it, so I would not achieve anything by not including the link. Moreover, if this question is supposed to be shown in the tour as a showcase what a good question looks like, then bringing some attention to it might lead to some improvements of that question - which is probably the good thing. (Especially if the close votes for that question are deserved.)

Here is a screenshot showing how this part of the tour looks at the moment: 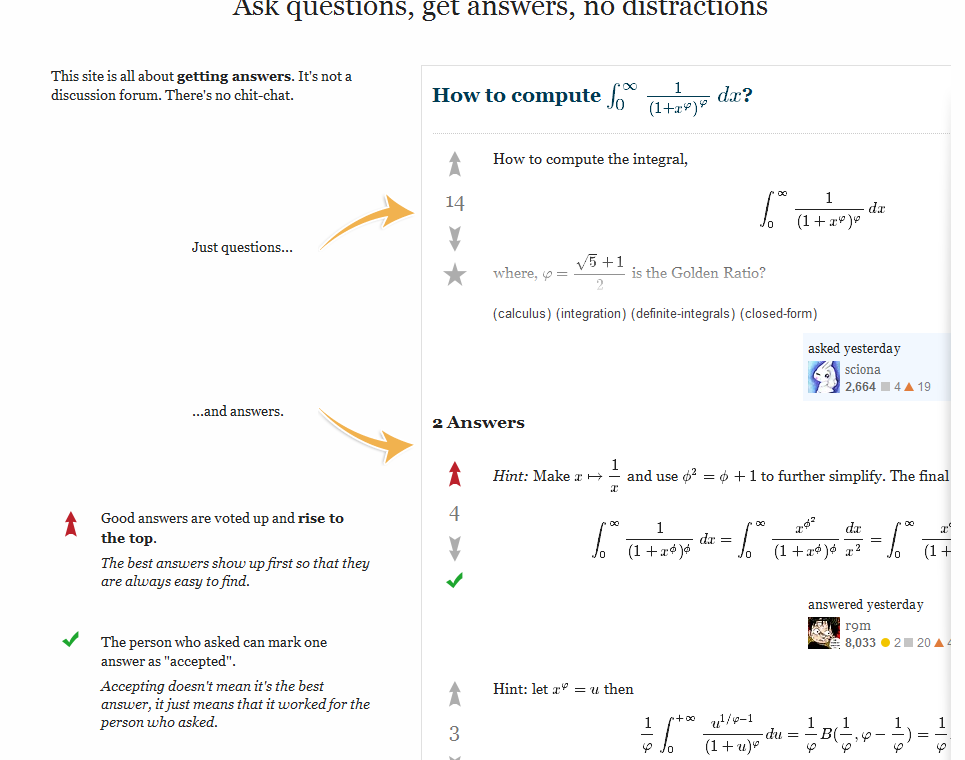 The question is chosen automatically by the software at first, but it can be changed by a moderator. The question choice is rather severely limited as the question has to fulfill several critera as linked in a comment above.

I suspect that the question is thrown out when closed, and another one is automatically chosen. But it would be easier to just choose a better example now.

The question can be changed on the following page: /admin/about/choose-question

Not the answer you're looking for? Browse other questions tagged discussion support tour .

314
How to ask a good question.
11
An oddity in the sample question from the tour
3
How to see the whole question that is used in the tour of the site?

2
Simplifying a question
21
If a question is interesting, is this automatically context?
13
What are advantages/disadvantages of having question in hot questions list?
12
Is it important that a question is closed for the correct reasons?
1
Users who are only interested in final answers
39
Is it appropriate to close every question that doesn't show efforts and/or lacks of context?
11
An oddity in the sample question from the tour
6
Can you use a smaller font?
35
Can we please stop voting to close a question just because the question is short?