Are user names in the audits completely random?

Among the first kind of tasks, there are some (as I guess) fake suggested edits, which insert several bizarre words and sentences. After I reject them as a spam/vandalism, the system congratulates me on passing an audit successfully.

There was a strange coincidence though. I have passed so far three such tests, two of which were "authored" by the same user. (I know him well, otherwise I wouldn't have noticed probably.) A very unlikely coincidence! Therefore, the question, just out of curiosity:

Are the user names chosen completely at random for such audits?

Update: I have just received a fourth audit check. The same user! Now I don't believe this is a coincidence. And my guess from the comment is not correct, as the user is offline now. Either he is somehow attached to me (or someone who is organizing these checks read this post and decided to add some mistery).

Update 2 A new audit, the same user! What is going on? I've added some pictures (unfortunately, the very first is lost). 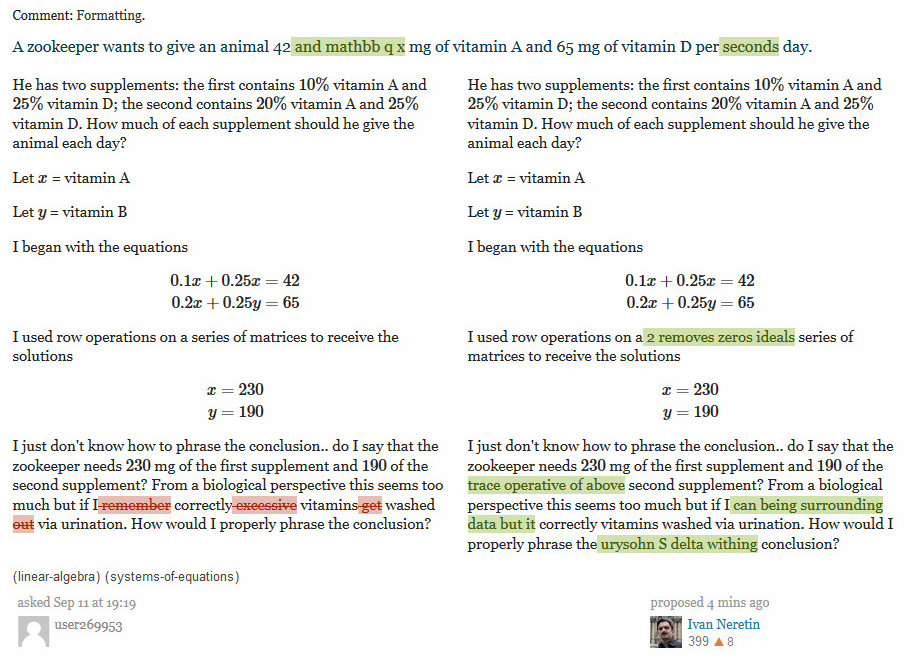 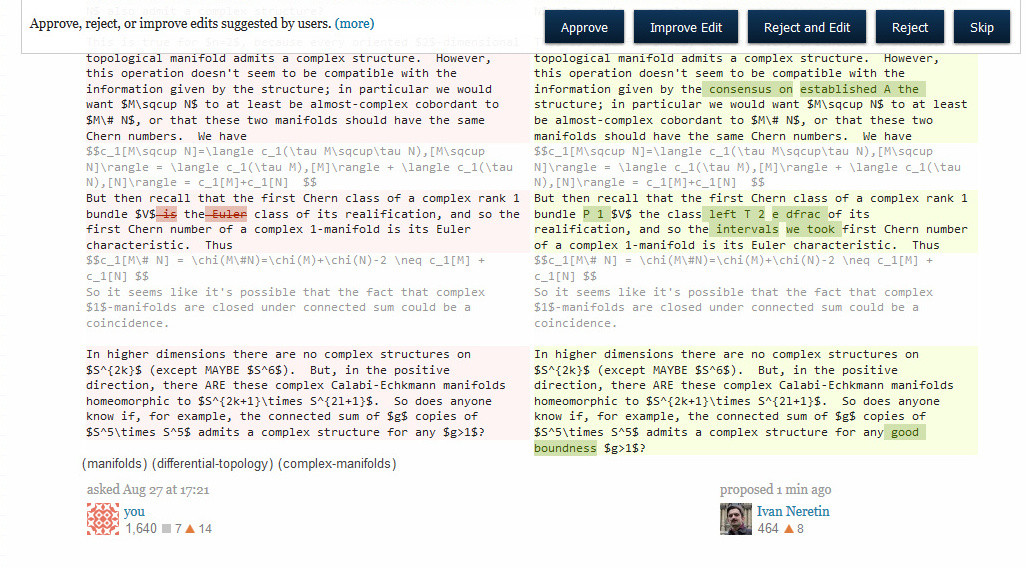 2
User names that are not linked
6
How the user with reputation <100 may get the "Custodian" badge?
13
What are the guidelines for reviewing?
5
User with a pattern of completely incoherent answers