Closure as duplicate navigating in a circle

This closure would result in the "duplicate of" navigation leading in a circle. 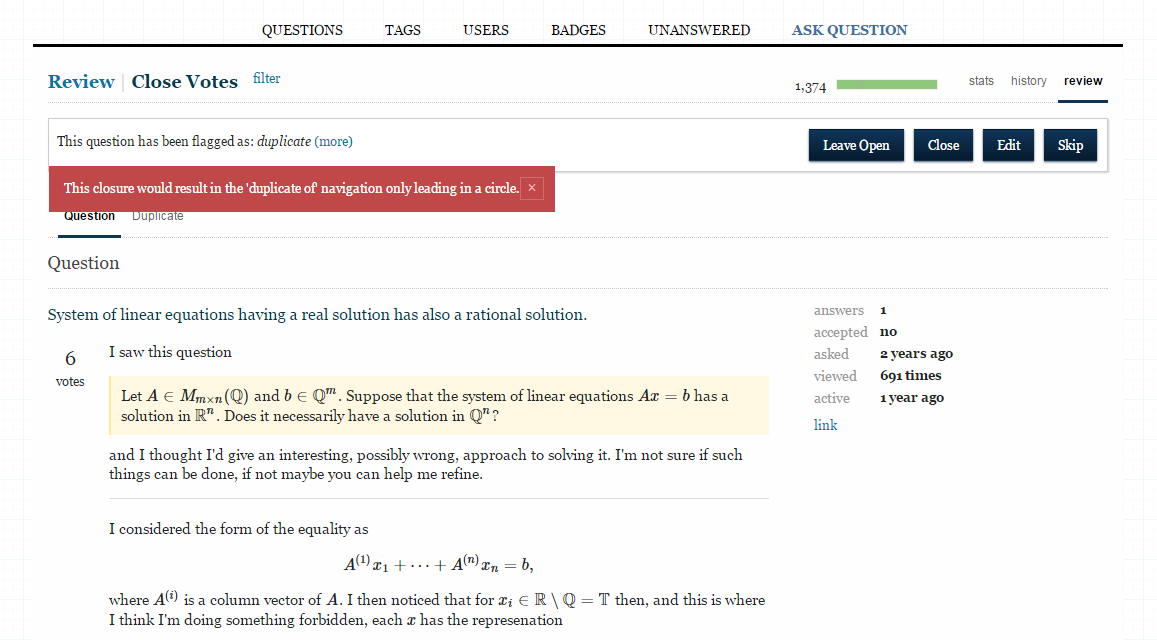 I then realised carefully that the other question had been marked duplicate of this question only. On careful scrutiny, I found out that $\mathbf{B}$ was asked earlier, that is, on May $13$, $2013$ and $\mathbf{A}$ was asked later, that is, on May $17$, $2013$. Hence, $\mathbf{A}$ should be rightfully closed as a duplicate while $\mathbf{B}$ should remain open. But to add to the confusion, the same user has asked both the questions and they are even linked to each other, although the second question does not ask for a hint on the first.

18
Closure wars are caused by asymmetrical close/reopen voting process.
2
Reopening a 48/2(9+3) question (ambiguous order of operations)?
9
Un-voting-to-close
5
What is the difference between voting to close as a duplicate and flagging as a duplicate?
1
An older question was closed as a duplicate of a newer one
3
What to do in case of unsuccessful duplicate close vote (or flag)?
18
I voted mistakenly to close as duplicate. When I realised my mistake, my comment explaining why was deleted.
29
Kafkaesque question closure(s)