I am having a similar problem as in this previous post. Just recently, ALL MathJax formulas started appearing twice in my browser. However, unlike in the linked post, it happens every time I load MathJax (rather than being occasional and not reproducible) and it cannot be fixed by refreshing.

What is interesting is that it loads properly at first, but then after several seconds invariably reverts to two copies of every formula -- one correct, and one spaced some arbitrary amount to the right and down from the correct location. The amount is not the same every time it happens. Examples: 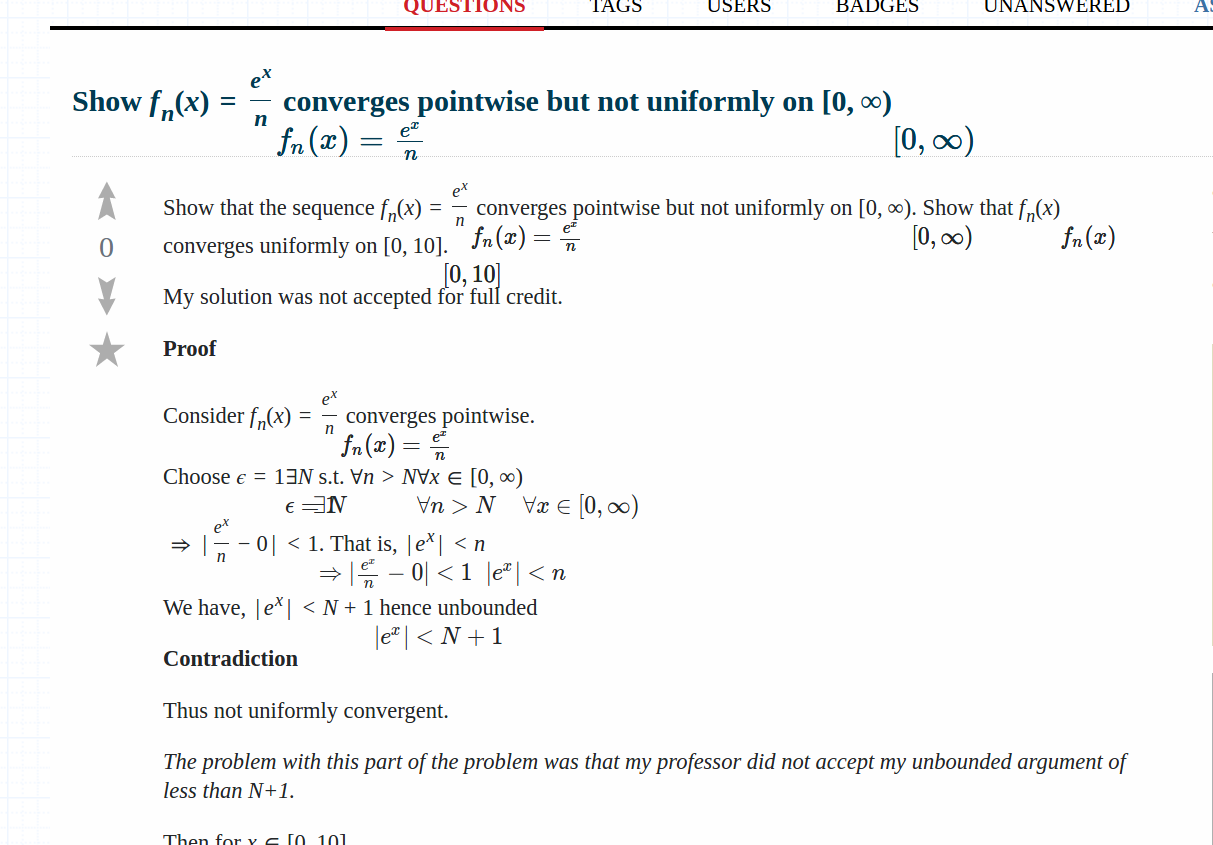 Any idea what's wrong? I can still read things on the site of course, but it's more difficult.

In case it matters, I'm using:

I should have checked before what happens when I turn off all my extensions (or log into chrome from a different user). It turns out the culprit was an obscure Chrome extension I had installed called "Emoji Input by EmojiStuff.com" that was supposed to allow viewing certain emoji characters that I couldn't otherwise view. (This extension.)

Anyway I've disabled the extension now, and everything is working properly. Sorry for what turned out to be a not very useful question, very specific rather than of general interest.

I do wonder what in the world that extension was trying to do that ruined MathJax behavior.