Why Reputation is Locked After a Serial Up-Voting?

On August 21st, I saw that I have -195 in my reputation page (See the picture below). It was written voting corrected. Then I checked out the related help page for it. I realized that I was a victim of serial up-voting. But after this event, my reputation did not seem to change when I got up-votes for my new question.

There is also another report of my reputation in this link provided by Martin Sleziak. This report is not the same as my reputation page on August 21st.

So I am curious to see what is happening!? 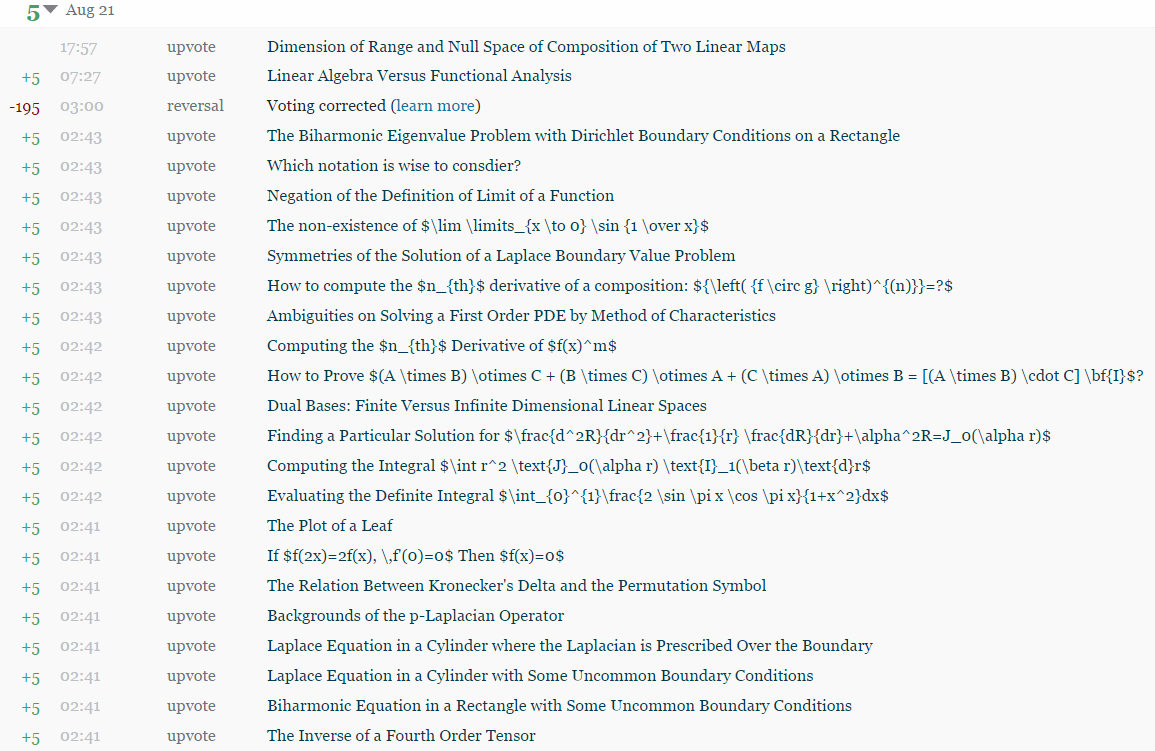 Yours was a bit of an edge case. The serial voting script runs early in the day (UTC, of course), and thus usually the votes it reverses are from the previous day. Then the reputation recalculation that happens on vote reversals finds out whether the reputation-cap kicked in and withheld reputation from other votes, and recalculates accordingly, so that afterwards it is as if "the serial upvotes never happened" - except that the entry in the reputation tab of the profile remains.

Not the answer you're looking for? Browse other questions tagged support reputation serial-voting daily-reputation-limit .