I recently found out about the stackoverflow network data dump (now hosted by the internet archive). Incidentally, I have also been looking for a playground to test some knowledge representation ideas.

So far, I have explored the Posts and Tags datasets for mathoverflow and math.stackexchange, for which I set out to find the hidden hierarchical structure in the tags. The idea is really simple: to say whether a certain tag $X$ subsumes a tag $Y$, a count the co-occurrences of $X$ and $Y$ and the occurrences of $Y$ without $X$. If the second number is 'much' smaller than the first then I say that $Y \subset X$.

Just using this one piece of evidence in a single iteration, I think the accuracy of the result is already good. I am sure there are other pieces of evidence one could use.

I have created a directed graph based on this relation (nodes are tags and edges are inclusions). Below are some connected parts of the graphs (which is bigger - there are about 1500 tags currently). 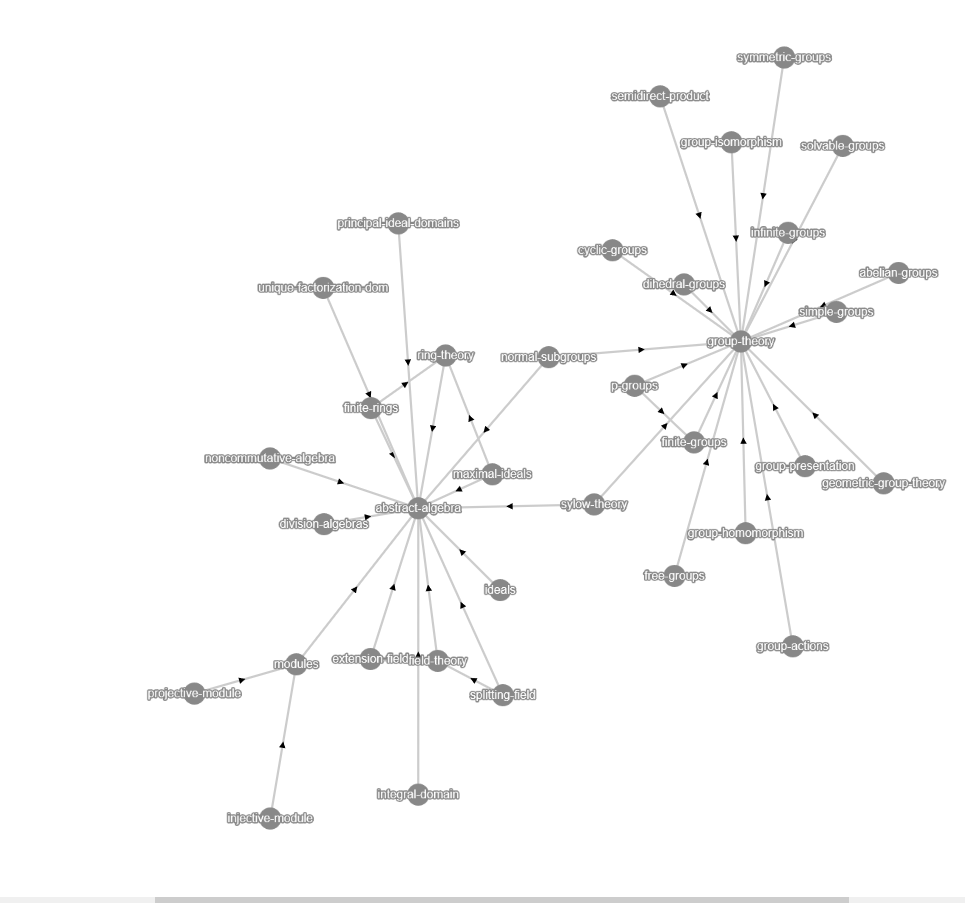 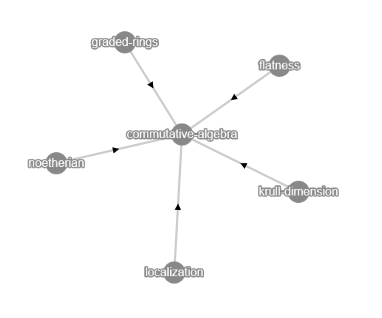 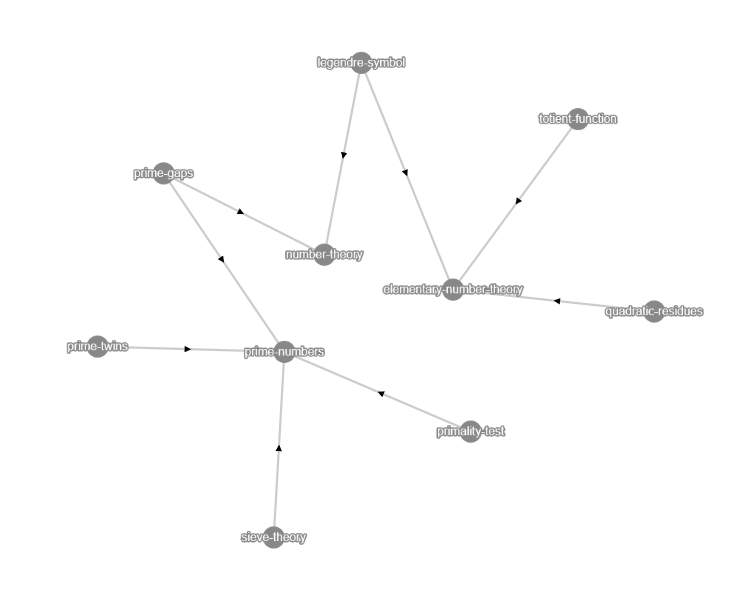 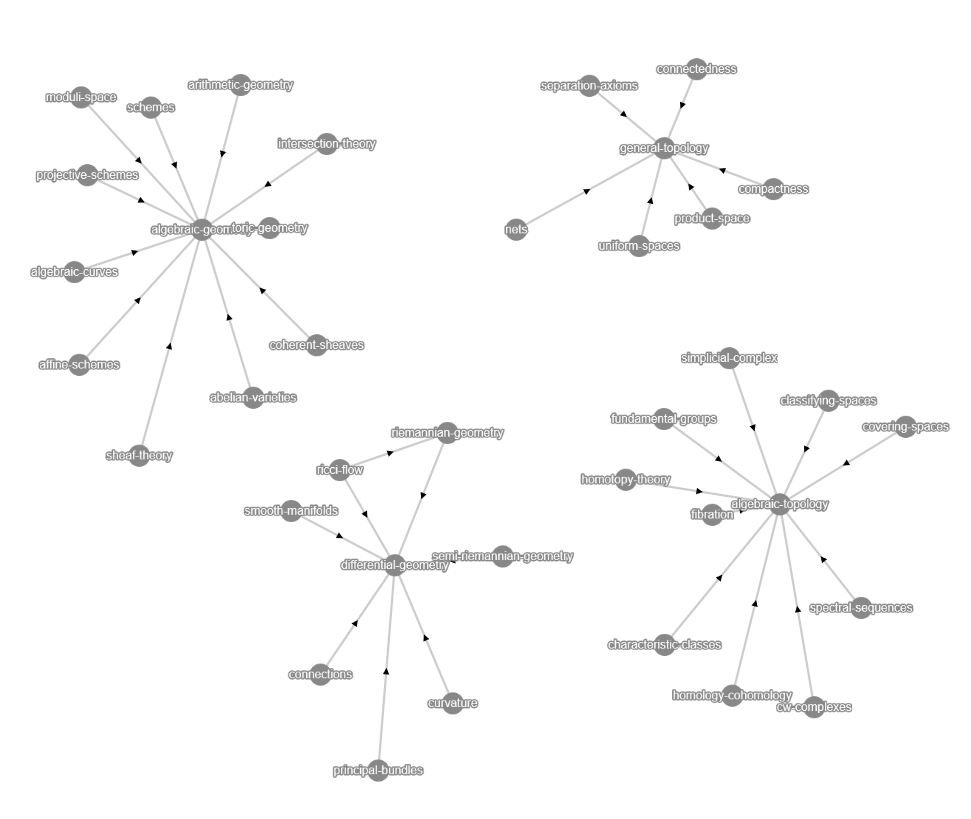 Now, time to explain why this post is here:

If this is not the appropriate place for this discussion, could you point me at a better site?

Anyone has any other ideas on what kind of information could be dug up from the system (particularly with knowledge representation in mind)? I am sure StackOverflow must be working on this, perhaps it's already implemented at some level.

99
A Graph Map of Math.SE
57
An interactive graph of Math.SE tags
1
Can the tag list accessible from the left side-panel be given some structure/drilldown?

16
Creating simple graphs
2
Organizing Your Greatest Hits
5
Is tag overlap actually a problem? If so, precisely how costly is the problem relative to the cost of fixing it?
23
Is either Math.SE or StackOverflow an appropriate forum for questions about Magma?
1
On the tags (transfinite-induction) and (transfinite-recursion)