Strange MathJax quirk, and why it happened

I just encountered the following when editing a question: 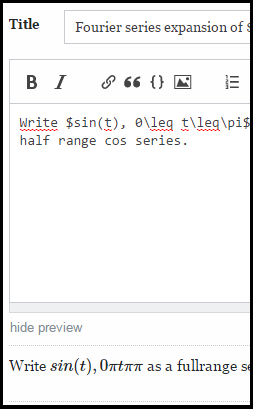 This is how I ended up with what I had:

It took me a couple of minutes of testing to see what had actually happened. As I type the second \leq, for a brief moment it says \let\leq\pi. This effect persists even after the command has vanished. I can't believe I haven't encountered it before, but there it is.

I don't know whether the \let command is meant to persist after it has been removed, but it sounds strange to me. What do you think?