I updated to iOS 11, and after doing so, the display font for MathJax has changed across the entire interface of my phone. As evidence, here is a screenshot I found laying around with its updated copy: 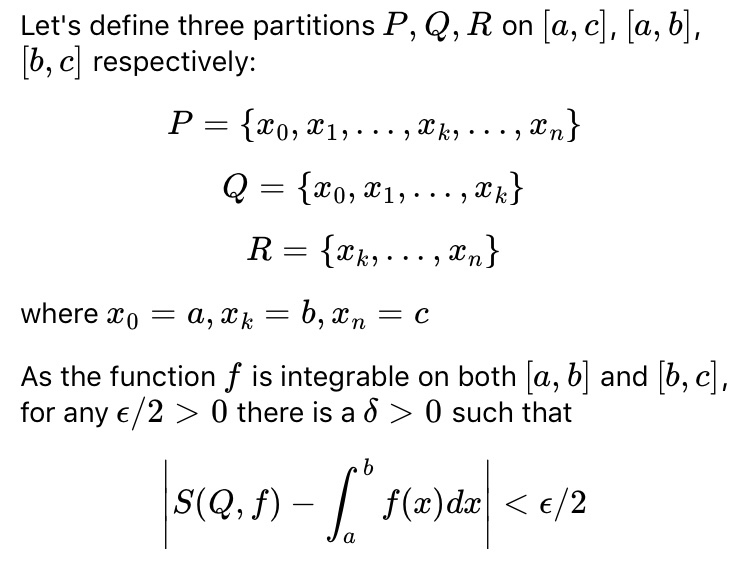 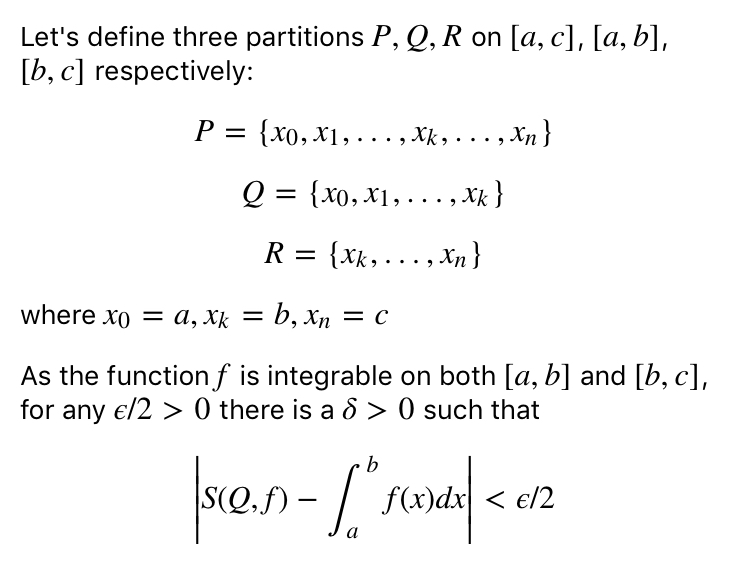 I’m a very font-sensitive individual1, and this is one I thoroughly despise (except for the new Q, which I actually prefer over the old one, which always seemed deformed to me).

Is there any way at all that I can change this?

1: Down with Calibri, Arial and Comic Sans! Vivan Baskerville and Didot!

Edit: After reading through MathJax.org, I believe the “old” font was “SVG” while the “new” font is “HTML-CSS.”

There are several possible work-arounds. First, if you are writing your own web pages, you could configure MathJax to no look for the local STIX fonts. But if you are just viewing StackExchange sites with MathJax enabled, you can't change the configuration. But you can select a different output renderer, as GEdgar suggests. In iOS, in order to activate the menu, you must double-click-and-hold (double click, but keep your finger pressed on the second click for a few seconds before letting go) on any typeset mathematics. That should call up the menu. it is not always easy to do, but with some practice, you can do it.

The CommonHTML and SVG output formats will not use a locally installed STIX font, so you should get the MathJax TeX fonts in those cases.

I don't view this on my smartphone. But on my computer, I can choose 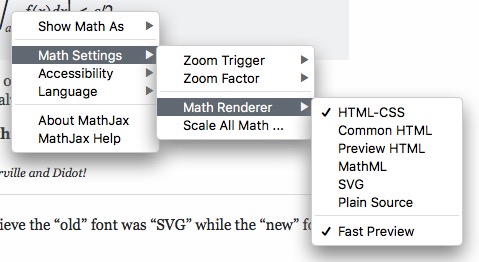 0
What has happended to MathJax?

13
Mathjax 2.1 beta
1
Was the latex font changed?
17
Is there a policy about font size?
6
MathJax display issues within iOS app
2
Issues with the iOS application