An answer for typing linear-programming questions in mathjax has been added to MathJax basic tutorial and quick reference since one year.

I attempted to find it by search on this meta site with keyword "linear programming". Unluckily, the search results didn't show the desired MathJax tutorial.

Why is the tutorial hidden from the search result? How can this community wiki (CW) post be improved so that it's searcheable with "linear programming"?

Why this is relevant

Exception: It's reported that MathJax's support for commutative diagrams is primitive and AMScd's syntax differs greatly from that of the usual $\rm\LaTeX$ packages that mathematicians usually use. I am not using them, so I can't judge on that.

Benefits of pictures in learning

Scientific researches has shown that human mind perceives images much faster than text. Therefore, A picture is worth a thousand words.

Despite the possibility of typing tables in MathJax, many users are still posting images like this. 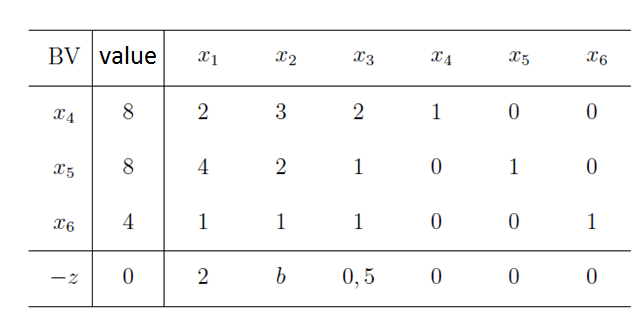 It's quite tedious/difficult to reconstruct a simplex from text in some questions like Minimisation using Simplex Tableau. Due to the amount of effort needed, such questions are less likely to be answered.

IMHO, a nice MathJax template for simplex tableau has the following benefits when compared to images.

Negative impact of pic questions to the site's SEO

Avoid using pictures as essential part of post is not simply a SE network's policy, but a way to be nice with others, especially to those who use screen readers and to search bots who can't interpret images, such as DuckDuckGo's search bot and Approach0.1 Having pic questions is bad for the site in terms of search engine optimisation (SEO) since there's no relevant keyword for the search bot to grab in a pic question.

1 With an exception to geometry, visualization like questions due to the subject nature.

Why is the tutorial hidden from the search result? How can this community wiki (CW) post be improved so that it's searcheable with "linear programming"?

The post did not contain the key-word. It seems to appear only once, and at that place there was a typo, it said "programminng."

Having corrected the typo it now does show up. To include the keyword more than once might show it up earlier in the list by relevance (not sure about this though).

Beyond that, first, thanks for having written the answer. Second, there might be a broader issue lurking, in that the tutorial thread by now has gotten quite broad. On some devices getting to display that thread is by now a challenge. It might be a good idea to present some of the information differently, via separate questions for example. But that discussion is beyond the scope of this post.

3763
MathJax basic tutorial and quick reference
160
List of comment templates
40
Should MathJaX be pointed out to new users?
23
What is the incentive to use MathJax
16
Why use MathJax? It's so slow
1
Self-delete my criticized question?