Finding the identity of a deleted user

My reputation has been increased several times when a (down-voting) user was suspended or deleted from a StackExchange site. How can I find the (former) identity of the suspended user? This will help me understand which of my contended answers were correct, which user disagreement trended my way, and so forth.

So: here is a screenshot (from today) of the pulldown message menu: 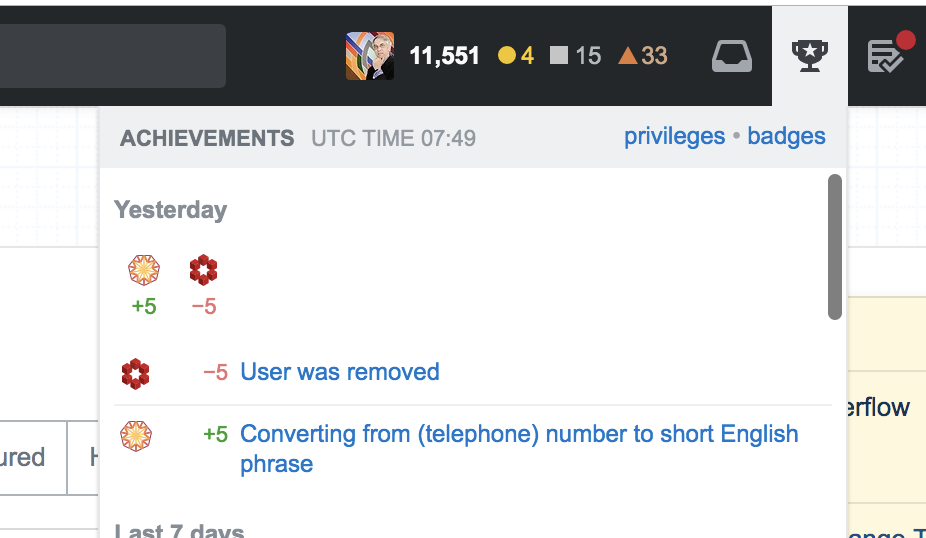 User was removed vs. Voting corrected

The message you received means that someone deleted their profile here or had a sockpuppet profile deleted. If you click on the link in your reputation history, it takes you to the explanation in the help center. It's worth remembering, many of these vote removals will have been from users who chose to remove their account for a plethora of reasons, most of which are personal and unrelated to moderation. That's likely what happened in this case.

If targeted voting was corrected, the message says "voting corrected" with a link to the serial voting page. In the case of suspensions, you'd see the "voting corrected" message, not the "User was removed" event. These are events where we (or the system) invalidates votes from one user to another.

Who voted for you is immaterial.

On top of that, we believe that moderation is between the moderators and the user who has been moderated. Knowing who had their account deleted or got suspended is not information we believe you need to have, which is why you're not shown it.

Which posts were voted on is hidden by design.

Because it's possible that users may know which user had votes invalidated or an account removed, revealing which posts were voted on reveals their voting history, which is a big problem. As such, we can not show you this information.

But in the grand scheme of things, it doesn't really matter. You say yourself that you don't know the scores of all of your posts, so one point either way isn't going to change that. It's about the aggregate score, which is why that's what you see by default. Any user can only impact each of your posts by one point. In the grand scheme of things, you can assume that a post with only one downvote and many upvotes is a good post, just as a post with many downvotes and one upvote is a bad post.

If a post has equal numbers of up- and downvotes (assuming that number is more than one or two each way), it probably has some issues that could be addressed and one fewer vote in either direction doesn't change that, either.

14
Can I know where I lost my reputation?

5
How do I know «why» I gained or lost so many points in recalc?
4
Earned calculus badge twice
7
About the message "User was removed"
1
Progressive deduction in rep for downvoting