I am having troubles in mathjax escaping braces with backslash while on math stack exchange using firefox version 72.0.1. Although it the escaped braces render when the question is posted, they do not render while the question is being edited. This is of course not a huge issue because the braces do render in the actual post however it is a bit annoying to not be able to see what the post will look like until it has been posted. To illustrate the problem I have taken screenshots which can be viewed below: 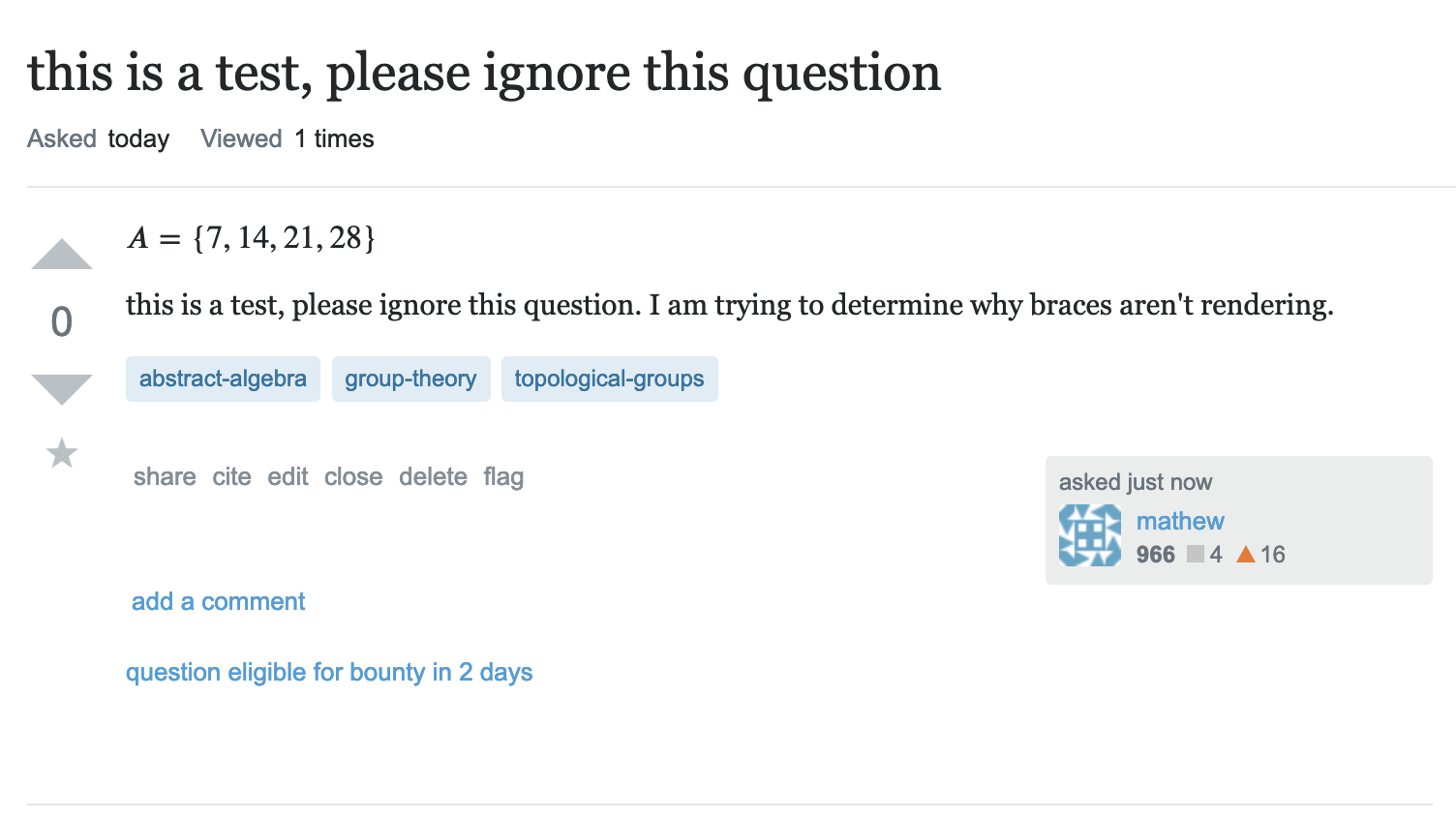 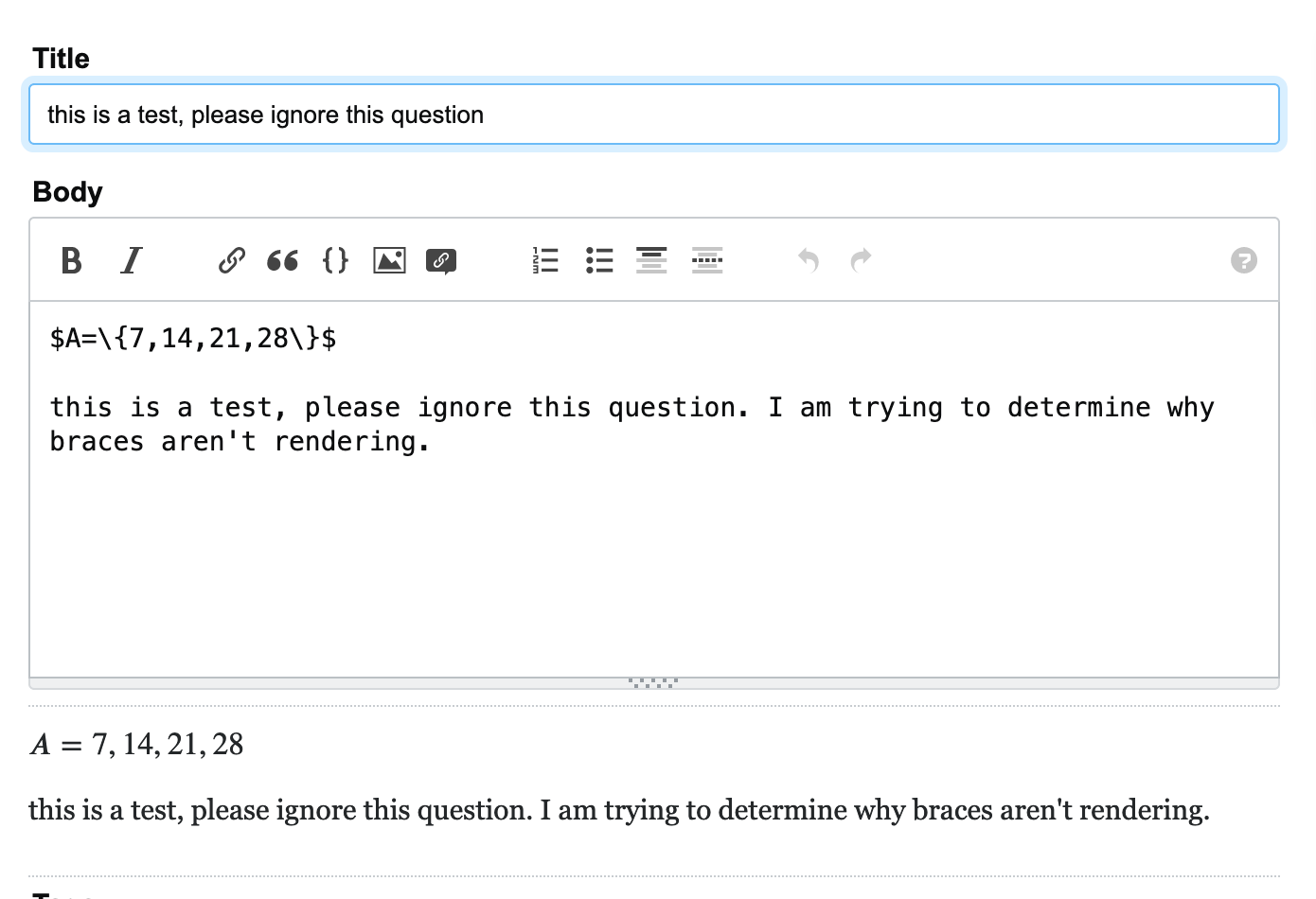 In particular, notice the braces are missing in the preview of the post. This can be seen in the second picture. The first picture simply verifies that the final post did in fact render the braces correctly.

I have now included another picture to address a question asked in the comments about the version of mathjax I am using. I still don't really know what that is about, I have never changed any settings so I assume I'm using the default for everything, however in any case I have taken a screen shot and hopefully it contains the information needed. If it does not please give me specific instructions on where to find whatever is needed. 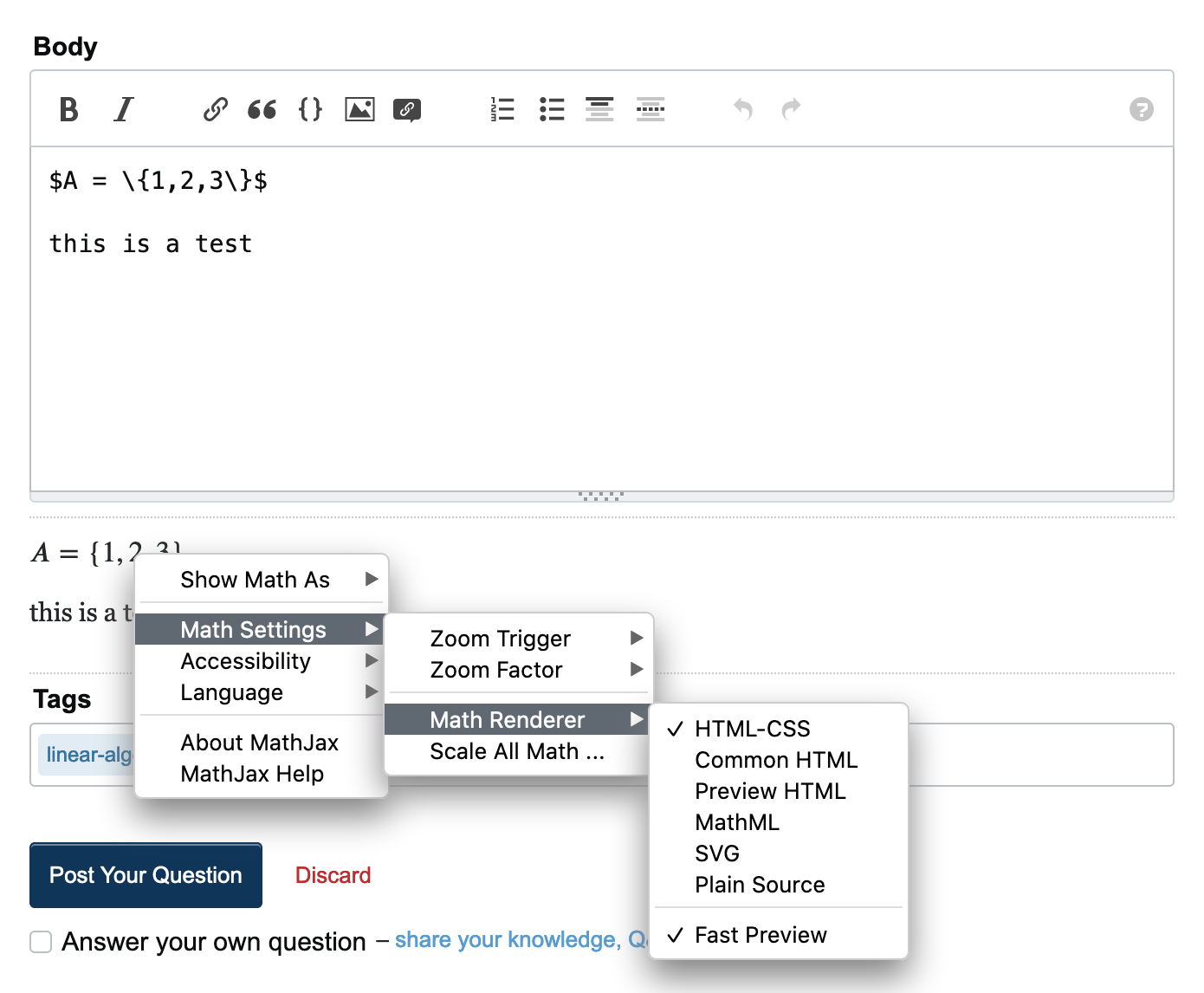 Also, I just tried to replicate this problem and was unable to as shown in the following screenshot:

So at this point I might conclude that the problem has been resolved, however I'll leave this question open in case something more complicated is going on. As you can see in the original screenshots this bug was present at the time of my original post so something has changed.

10
LaTeX does not render on a user page after navigating using page numbers or changing the sort criterion
1
Why double backslash is sometimes needed?
7
Math Jax isn't working as it used to
7
MarkDown quirk, including square brackets in link text of Comment
4
Integral signs not being rendered correctly
3
Where can I find help to typeset mathematics (from the editing help page)?