Period in a wrong position when Mathjax is viewed on iPhone

Consider Explicit upper bound on the number of irreflexive binary relations on {1,…,𝑛} up to isomorphism

In the last sentence, after the last aSb, I see a period when viewed on the standard browser of an iPhone SE (but not in Firefox on Linux):

According to the source code, there should be no period there. Bug? Could I ask the mods to ask the SE developers to fix this? 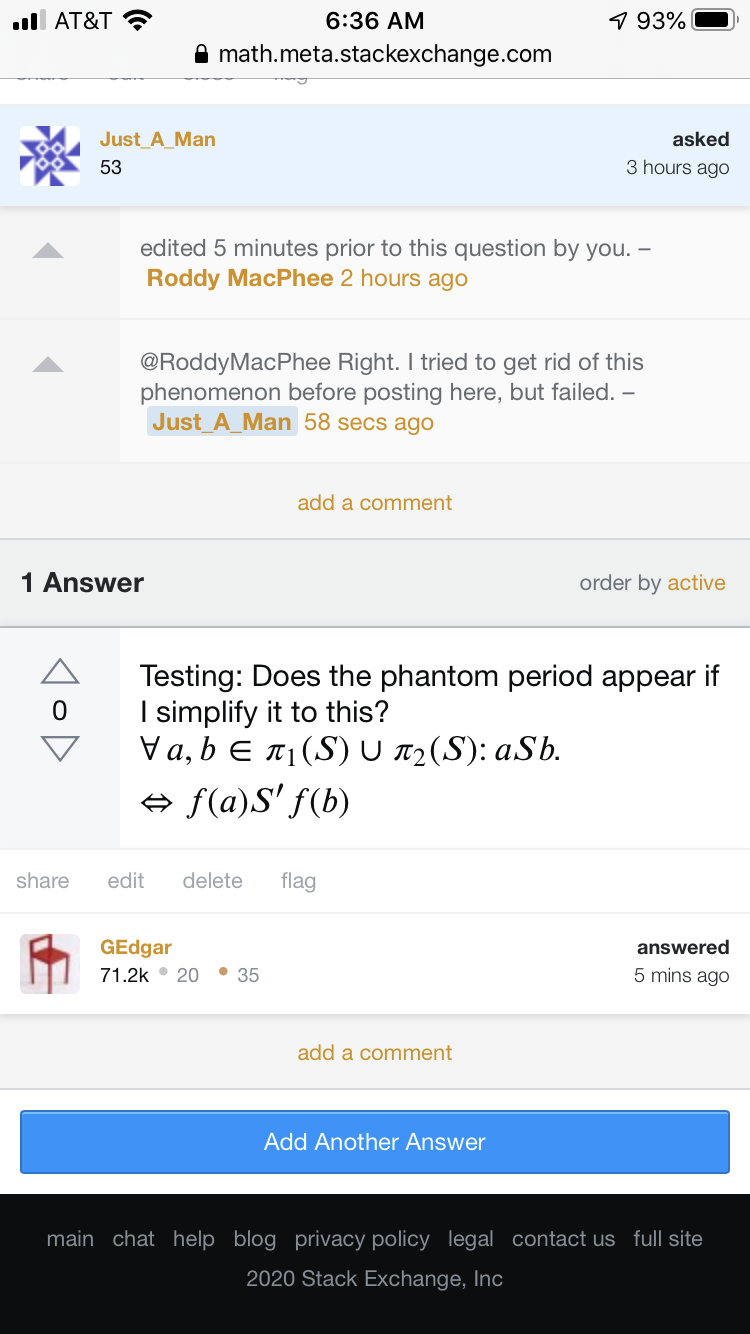 Not the answer you're looking for? Browse other questions tagged bug mathjax mobile-web .