Link to duplicate target does not show up

I voted to close this post as a duplicate of this other post recently, and the OP agreed with the close vote about an hour ago. Unfortunately, for some reason, the duplicate target header just reads "This question already exists:" with no link to the duplicate target. Here is a picture in case this issue is specific to me: 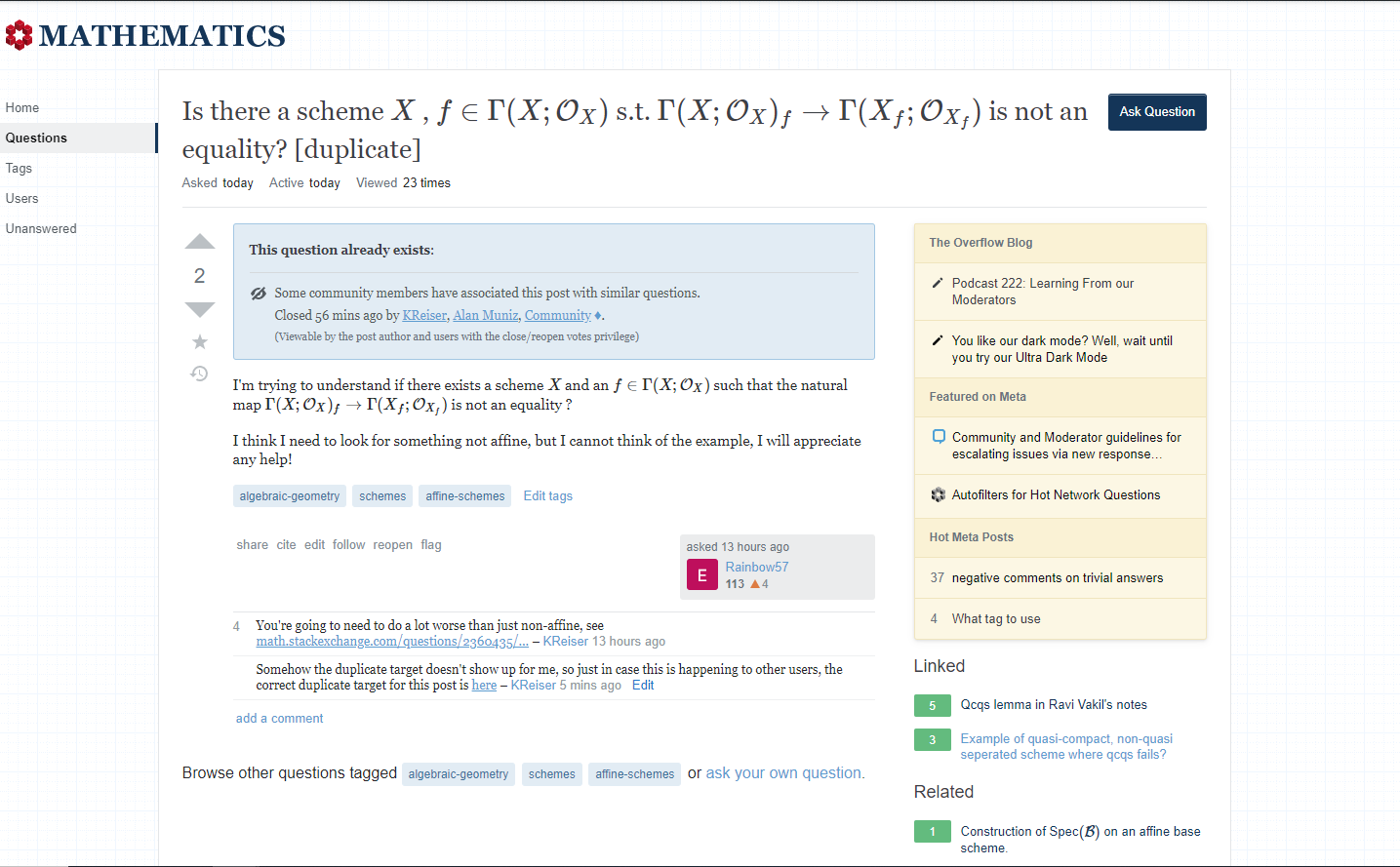 This seems like a bug, so here I am making a bug report. For reference, this other question was marked as a duplicate 10 hours ago and displays all the expected behavior for me - namely, the link to the duplicate post actually shows up on the page.

EDIT 2: Asaf Karagila has used moderator powers to fix this specific instance, but the underlying bug is still active, per the meta.stackexchange post referenced in the first edit.

EDIT 3: Stack Overflow developer Yaakov Ellis has provided an answer on meta.stackexchange. I have included that post as an answer below.

Update: This issue has hopefully been fully addressed, the fix is on all network sites.

The issue itself had to do with cases where either the poster or the user who raised the close flag had low enough rep that they could not yet access the review queue, and thus the system marked their flag as a RecommendedClose. This led to weird scenarios in which the closing mechanism would accept the self-close action of the poster (following the recommendations for duplicate posts given in the post notice), but the system failed to record the actual OriginalDuplicateQuestionId value for the post (leading to the empty list).

Thanks to Adam Lear as well for help with this. We are pretty sure that we have identified the root issues here, and have added unit tests as well to verify the fix. I have also added logging here that will record more details in any cases where this will happen again moving forward. If you see any (with question closed after this update), please report them in a comment.

There is no easy way to retroactively fix all posts affected by this. However, mods and gold-tag users should be able to use the Edit function given at the top of the duplicate post notice to add back the missing duplicate question (without having to reopen and close).

Thanks everyone for your patience with this and for your help reporting instances where this occurred.

Not the answer you're looking for? Browse other questions tagged bug exact-duplicates .

16
Math typesetting bug when a question is closed.
4
Why is the number of votes displayed inconsistently?
8
User thinks their question was closed when it wasn't
5
The simplest review audit...
18
The duplicate thread
5
Merging a migrated duplicate rejects the migration