Equations not shown, as if there is a problem with MathJax

Today, I wrote an answer to this question. After posting the answer, it looks like this: 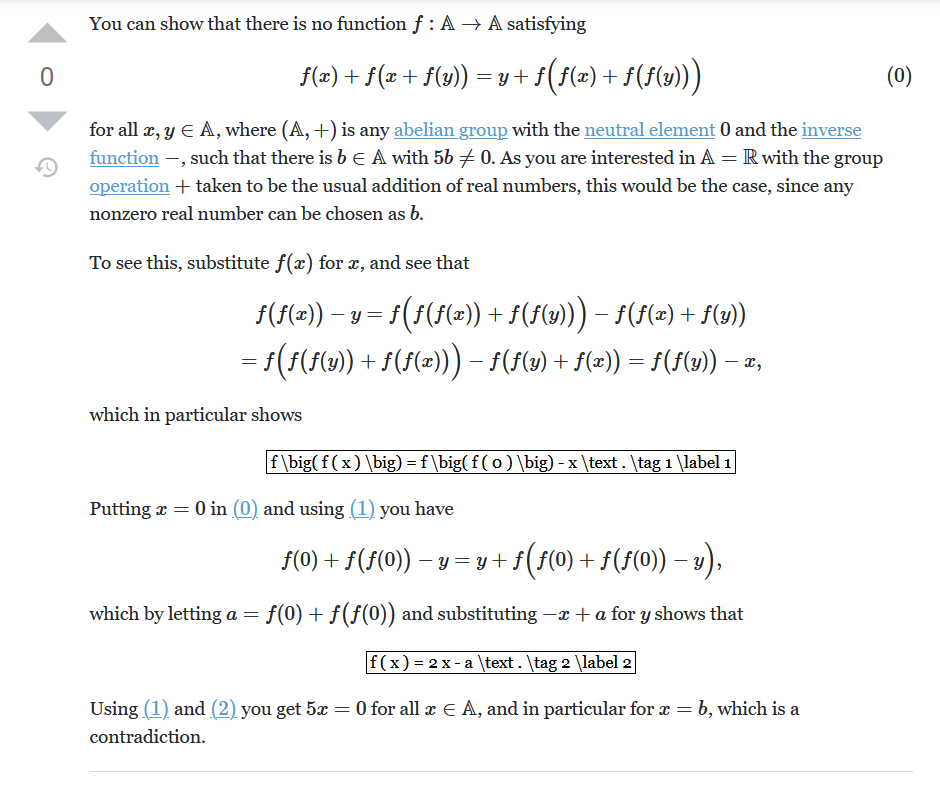 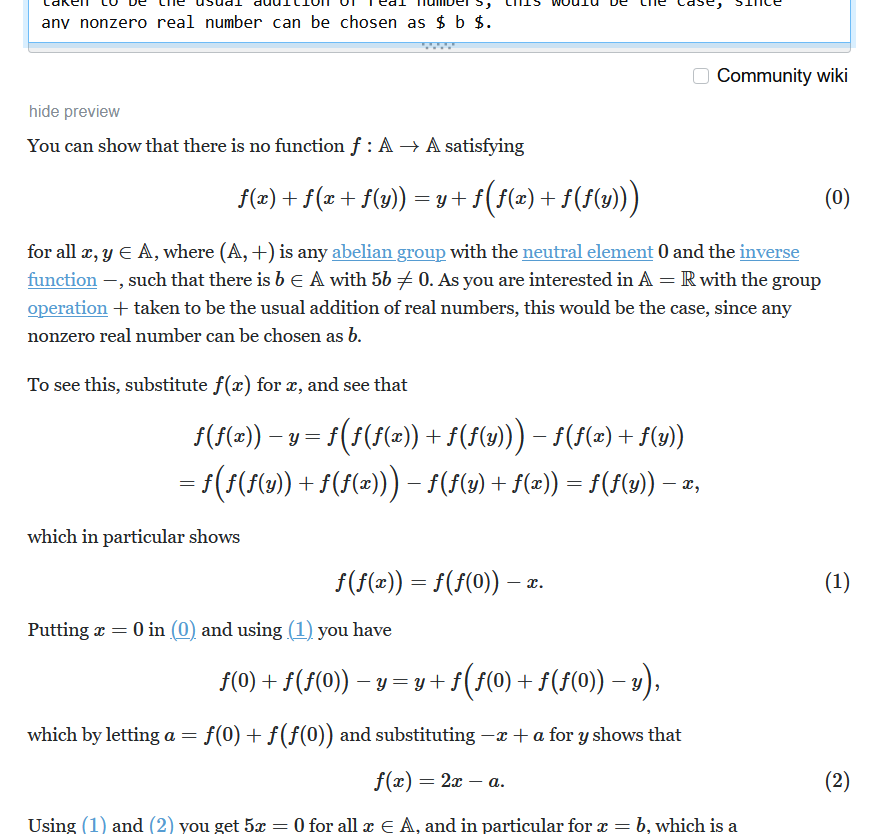 This is the second time I have this kind of problem on MSE. I need to go through my previous post to find that one and give a link to. But the thing is, last time that this happened, I tried editing the code I wrote for the equation so that it may looked as it was intended to, with no avail. I tried putting braces around the expressions after \text, \tag and \label, but it didn't work. And one thing is that I've written many many posts with this style, and had no problem except in these two posts.

I want to add that I remember there was something different about the preview and the actual output of tag infos, when I was editing them a long time ago. I can't remember what exactly that was, and whether it was related to this one or not. But I think it was the other way around: the preview had problems, while the actual output was alright; so I let that alone and forgot about it, until now.

This is the other post I referred to. As @MartinSleziak suggested in the comments below, the problem was due to the fact that the same label was used for another equation in another post. This time, it wasn't in the question, but in another answer. I edited the other answer and changed the label, and everything was displayed normally after that. 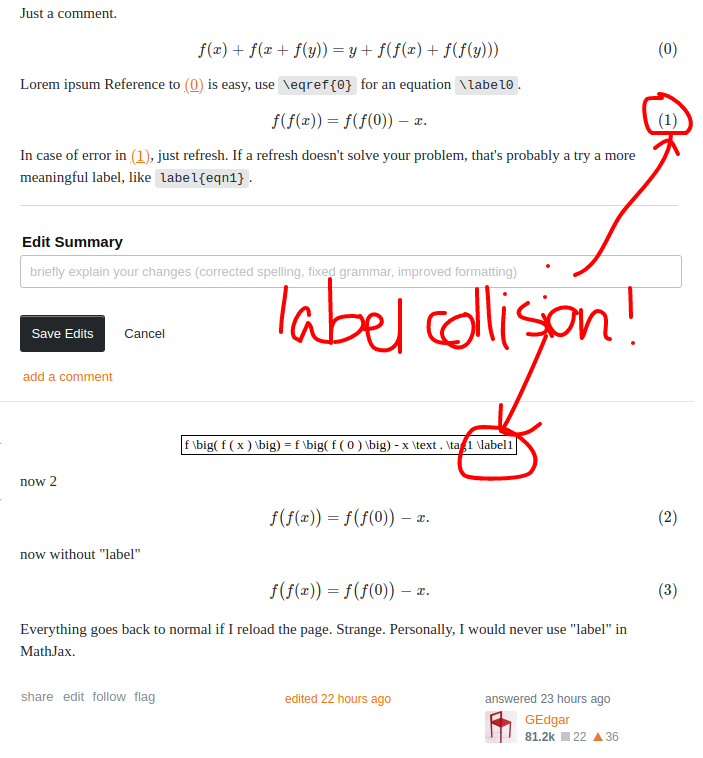 Everything goes back to normal if I reload the page. Strange. Personally, I would never use "label" in MathJax.

Not the answer you're looking for? Browse other questions tagged bug mathjax .

1
Problem with enlarged fonts in Firefox
3
What is the problem with linking to the equation in MathJax tutorial?
21
Problem with MathJax and Screen Readers
7
How to label equations on the left with mathjax?
4
Display issue with first $2$ equations in an answer, although they appear fine in Edit mode
0
About a filter that returns questions with no answers and questions with answers but not accepted, at the same time.