Bugs while typing up answers and posts

While typing answers and posts, on Android Chrome with the 'full site' option on, multiple bugs seem to arise; letters get randomly capitalised, duplicated, and start to come out of nowhere. Backspacing sometimes messes stuff up even further; words tend to duplicate when I do so. See the last typed paragraph in the below screenshot, which I've left unedited to show how this happens; 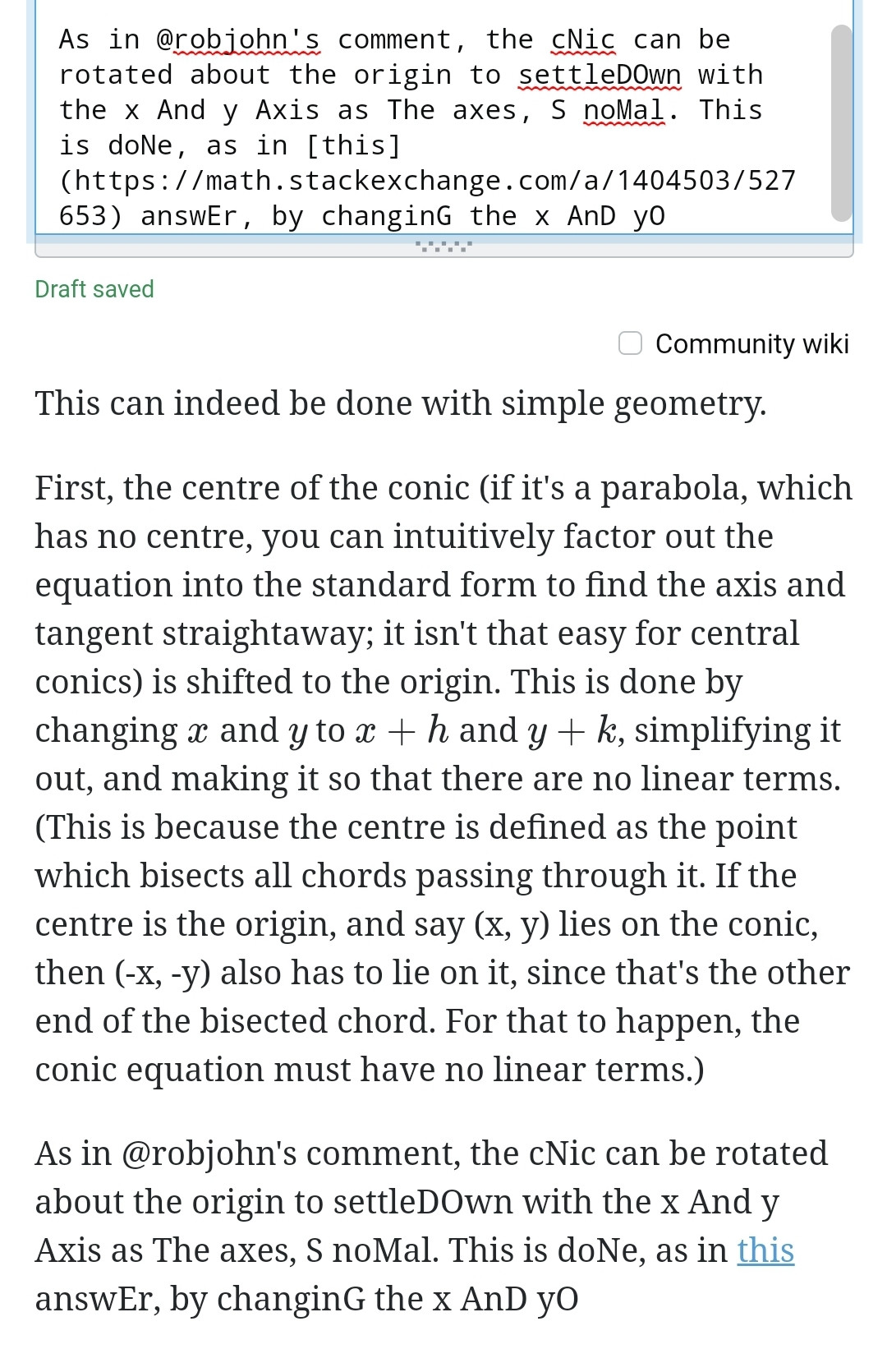 This has shown up multiple times when I use the site; it doesn't seem recent. I don't think it's due to me typing like a maniac, either; I checked while I was typing up the stuff in the screenshot, and I wasn't unintentionally hitting the 'capitalise' key.

Is it a site-wide bug, or am I doing something wrong? How can I fix it?

Update: here's a gif of the problem. I tried typing letters one be one, without touching any key other than the intended ones, and the errors persist. Things get even worse when I type at normal speeds, but even slow typing is difficult like this.

4
Latex not rendered on FF 8.0 under Windows 7 (and editing bugs)
7
MathJaX Bugs - `Show Math As ->TeX Commands` and Bold Math in comments
6
Annoying bugs when using Chrome
1
Lines and Math Processing Error in a page while editing a deleted answer
16
Chrome Page Crashing when Viewing or Typing Answers