May I be able to post questions again I have read a bit on framing questions properly? [duplicate]

I know my one question received negative votes but I will try to maintain question level according to MSE. May I please be able to post questions?

While I can't grant you the ability to ask questions again Orion, I can give you some advice that will make it easier to ask them in the future, should you regain this ability. An example to focus on is one of your questions I edited, which had two problems that could be areas of improvement:

The first problem is that you included a quote of your textbook in the form of a screenshot. Mathematics Stack Exchange prefers users to write their questions in MathJax instead of this.

If you are lazy like me, and do not want to write the whole thing out, I recommend an image to Latex tool, such as Mathpix. All you have to do with such tools is highlight the part of the textbook you want, and it will generate latex to reproduce it. 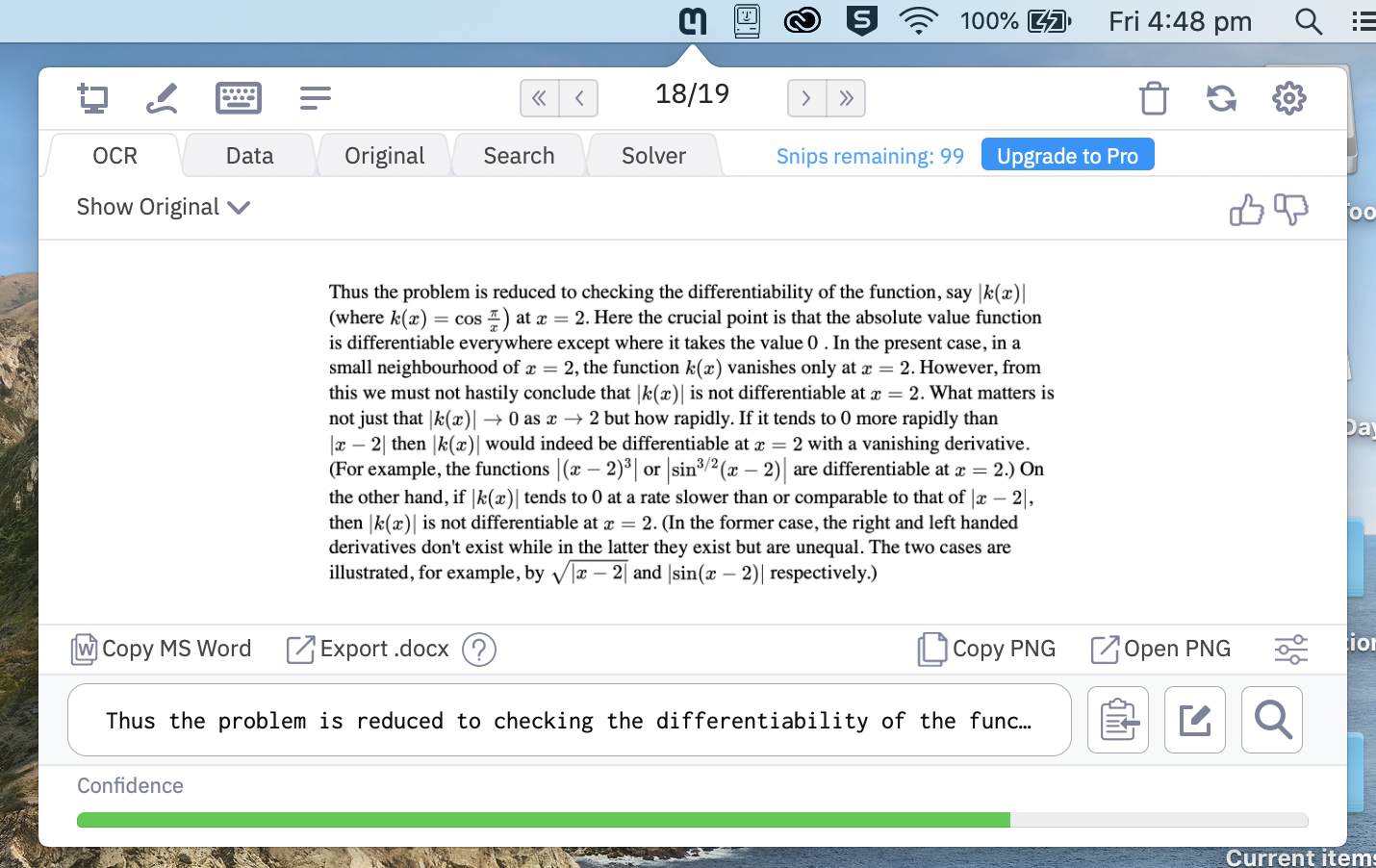 The other problem with your question was your use of language. This is a harder problem to solve, and I would recommend checking what you have written in something like Microsoft Word for the built in grammar checker. In addition, the title of your question "Whats the text meant to say by comparison with |x-2| slower faster thing?" doesn't describe the problem very well, and while it was answerable by the community, it will not necessarily be found by other people googling a similar problem, which is one of the main purposes of this site.

46
I have been banned from asking questions, what should I do?
16
Is there an application where you can visually input LaTeX and have it translate to a code that works in Stack Exchange?
0
Asking questions from a long proof

9
Multiple small questions = 1 post, or multiple?
17
Am I in danger of being banned?
2
Number of days of denying asking question after a good question after 3 bad ones.
46
I have been banned from asking questions, what should I do?
26
Can I post questions to fill in the gaps in a textbook I'm reading from?
1
Why have I been blocked from posting questions?
38
How to avoid downvotes for beginner's questions?