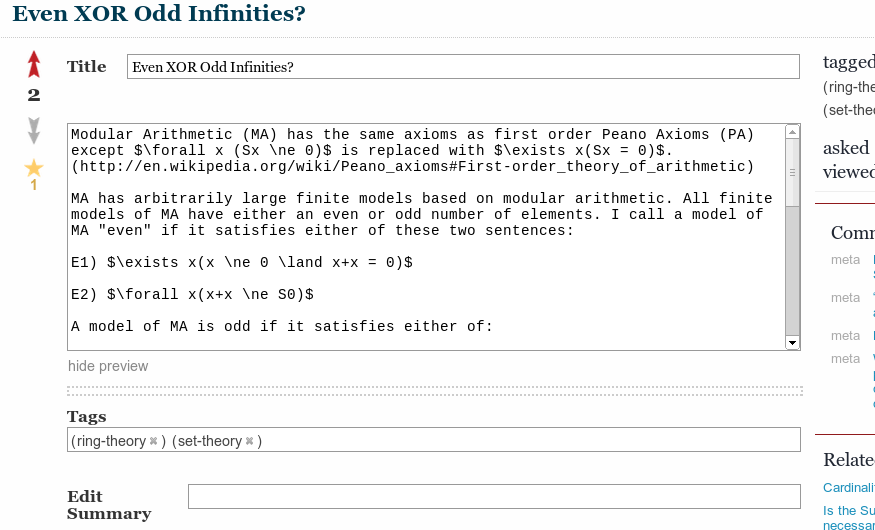 35
On the use of \color in equations
11
Tex math formula rendering not working on math.stackexchange.com but does work on other sites
16
Chrome Page Crashing when Viewing or Typing Answers
12
Can I post multiple answers for the sake of ease and clarity?
12
Suggestion for changing LaTeX preview/compile frequency.
5
Internet explorer experiences "freeze" when first accessing math stackexchange
3
Would it be possible to not have the post-preview process ALL of the latex as you type?

12
Can you copy paste tex code from the question without going the "view source" route?
30
Feature request: user script or option to turn off instant MathJax rendering
35
Feature request - but it woudn't be a feature, it'd be a blessing - editing panel and preview side-by-side - fighting lag on large answers!
26
MathJax editing updates beta
7
Using text and MathJax instead of screenshot.
2
How to delete your old username from the comment's section, after changing your username?