I went to a question on this m.s.e. and printed it, expecting to see the page as it had appeared in the browser window. But the mathematical notation appears in the printed copy as unrendered TeX code. Is this normal? Can something be done about it?

Printing an answer by id is now supported on StackPrinter.

To print a specific answer:
http://www.stackprinter.com/export?question=6593&service=math.meta.stackexchange&answer=6596

To print a specific answer keeping the question:
http://www.stackprinter.com/export?question=6593&service=math.meta.stackexchange&answer=6596&hidequestion=false

Have a look to the Api doc.

This is the question I printed and here is the printed pdf.

For what it's worth, I have a Linux system and there is a command called import. This is done from a terminal window, I type in import filename.jpg as a command, at that point the usual mouse arrow now appears as peculiar crosshairs. I then click on the web browser, which is just Firefox. The result is the creation of a jpeg called filename.jpg in the directory from which i called the import command. Perhaps other types of machine have such a screen capture available. 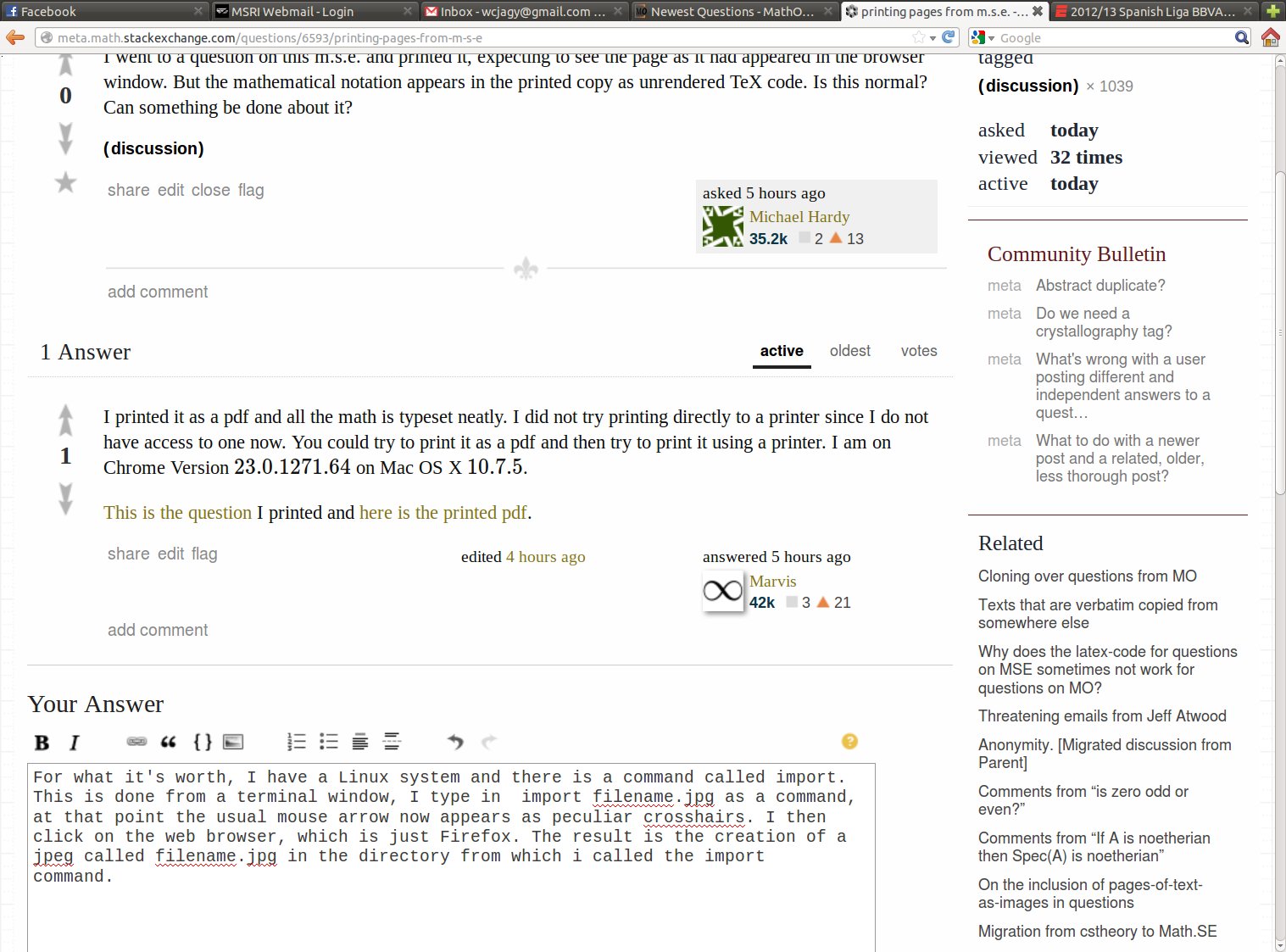 Not the answer you're looking for? Browse other questions tagged discussion export .

1
What is the best way to print one answer?
32
Is it possible to convert (and possibly download) the answers/discussions in pdf format?
5
Printing to PDF from Math StackExchange
3
How can I print out an answer?
0
LaTeX jumbled up when printing

11
Can you copy paste tex code from the question without going the "view source" route?
7
Delay when rendering TeX
2
What causes raw TeX code to appear on Questions page but not on question's own page?
17
mysterious immediate upvotes not based on content
16
Clarification on edit rejection reasons
16
This question is an exact duplicate of: Page Not Found
3
Ask not what MSE can do for you but ask what you can do for MSE!