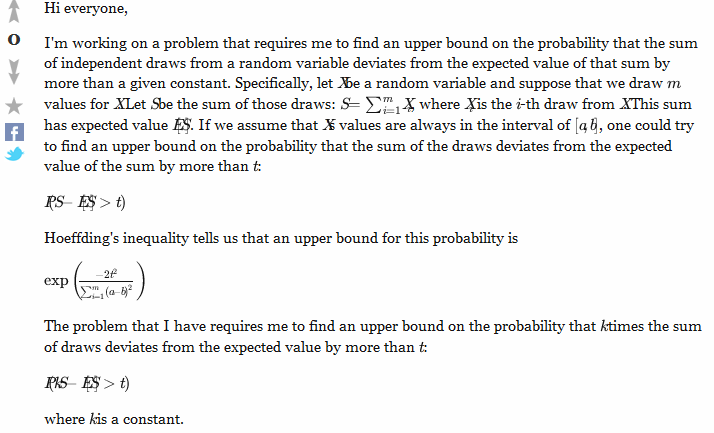 2
Are the formulas not parsing in 64-bit Chrome or is it just me?
7
MathJaX Bugs - `Show Math As ->TeX Commands` and Bold Math in comments
6
Annoying bugs when using Chrome
11
Showstopper bug: MSE+MathJax unusable for 6 months with Chrome
4
\frac{}{} tex command is not rendered properly .Please help
15
Should we already give up using Chrome in MSE?
4
The double-bar delimiter does not stretch in MathJax 2.2