Can I remove my question from the HNQ list?

My question seems to be on the HNQ. 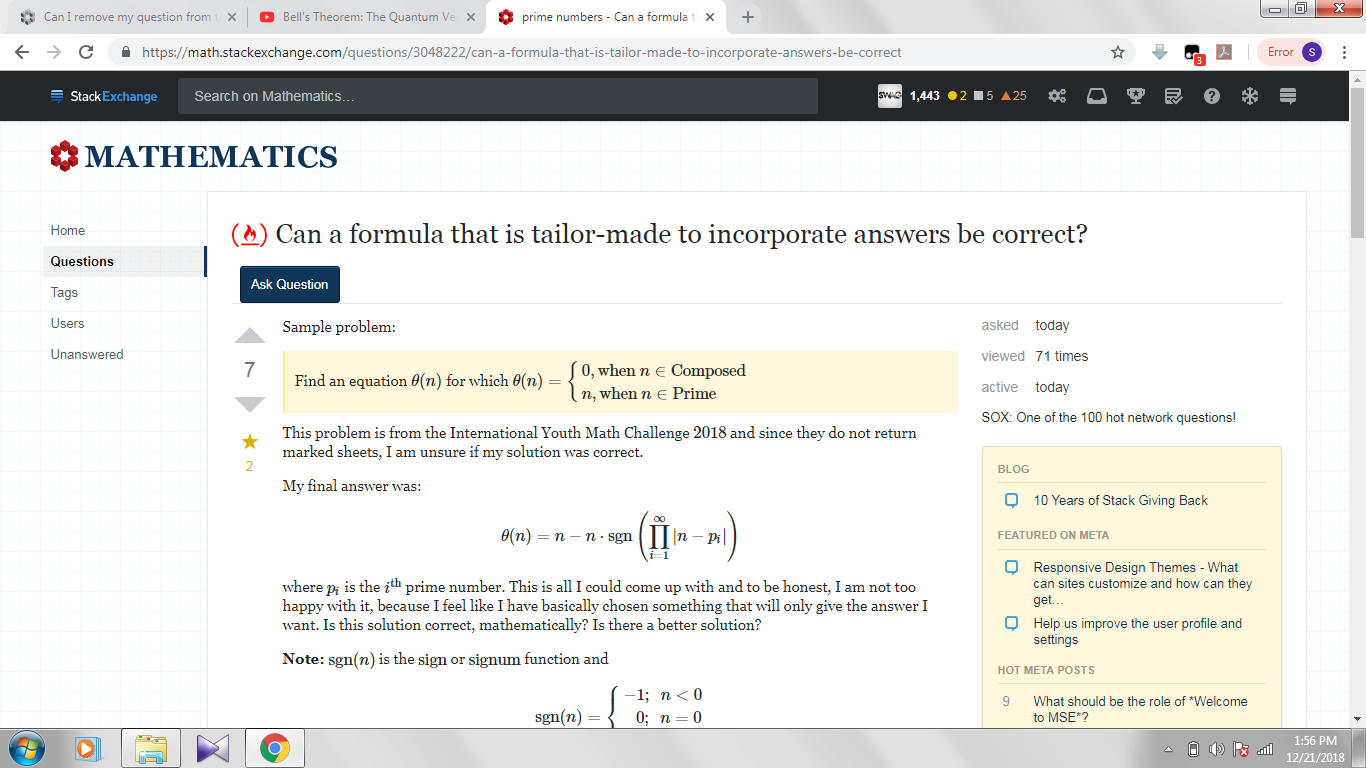 Now I have seen many HNQs and I guess it may be due to the title. However, I do not want it on the HNQ list as it attracts traffic from other sites and they may upvote answers that are easier to understand, instead of those that are better. Ofcourse, considering it is on math.se, it won't be on the HNQ list for long but can I, as the person who formulated the question, remove it from the HNQ list?

Having a question in the HNQ is not necessarily a bad thing for you. This brings more attention to your question and bigger probability of getting an answer.

Here is a related feature request on Meta Stack Exchange about possibility of removal of a question from the HNQ: Allow mods or gold tag badge holders to prevent question from being on hot network questions list.

If the main concern is the votes which come from users unfamiliar with the site, I think it would better to address this issue than removing questions from HNQ artificially. There is a feature request on Meta Stack Exchange: Prevent questions on Hot List from being upvoted by casual visitors (only rep is from association bonus) (And this one is also related The association bonus should not enable users to vote on every site - however, it is already marked status-declined.)

But since you asked how this can be done - there is a workaround if you want remove your question from there. (Or basically any question, if you already have edit privileges.)

This is not a systematic solution - it works only for questions from Mathematics and other sites that use MathJax. But if you are able to make a reasonable title for your question which contains MathJax and if you edit the title in this way, that would remove the question the list. See also: Do questions with LaTeX in titles appear in Hot Questions? (As far as I know, the HNQ list is cached - as many things on the Stack Exchange sites are. So it will take a bit of time before the change of the title actually causes the question to be removed from the HNQ list.)

I will add that personally I would prefer user to choose what is better title. My personal opinion is that the decision whether or not to include some formula into the title should ideally be based on whether it improves the title. The concern whether the question might get into HNQ should be secondary. I will also add link to the section about titles of the FAQ item How to ask a good question.

Not the answer you're looking for? Browse other questions tagged discussion support hot-questions-list .

321
How to ask a good question.
9
Do questions with LaTeX in titles appear in Hot Questions?

16
Is this the longest answer on the site?
12
What are advantages/disadvantages of having question in hot questions list?
21
Under what criteria should we remove questions from the HNQ list?
4
Why did a moderator remove my question from HNQ?
11
Which words (if any) in the title of a question should prevent inclusion in the HNQ list?
12
Why was a question proactively removed from Hot Network Questions even though it never appeared there in the first place?
8
Why wasn't this question removed automatically from the HNQ list?