Basically the same as Formatting Sandbox in Meta Stack Exchange, but since this and Statistical Analysis are the only two sites (I know) supporting $\TeX$ formatting, I believe we also need one here for testing it.

The following gives [Math Processing Error] on iOS Safari, but OK on iOS Chrome and on desktop browsers.

However, when I was trying this, I stumbled upon some strange behavior of MathJax, which I can't explain. (And I am unable to spot a mistake in the TeX code below.)

I'm trying to prove this inequality:

My attempt of solution:

Am I right so far? I couldn't go further 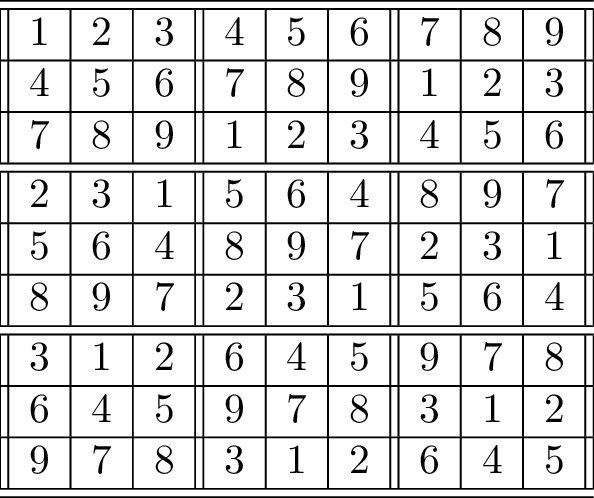 Test for MathJax trickeries on hyperlinks where the tag appears on the LEFT. Also see the closely related post about footnotes using html.

This post has been idling for a while. Sorry Steve.

Test for trickeries on hyperlinks.

jaydfox I've already touched on this, but I did want to describe somewhat briefly how I've accelerated convergence of Andrew's slog, with a more detailed description to follow when I have the time.

First of all, let's make the assumption that the solution to the infinite system exists, and furthermore, that the resultant power series has a nonzero radius of convergence. Although heuristically the evidence is fairly strong, we don't know enough to formally prove it. However, like the Riemann hypothesis, we can still make some solid conclusions which we know are true IF the hypothesis is true.

Anyway, based on these assumptions, let's try to figure out how the convergence of the smaller systems works. First, let's start with the infinite system.
We'll call the matrix M, and the column vector $[1, 0, 0, ...]$ we'll call B. The coefficients A of the slog() are then the solution of the equation MA = B.

Now, below a certain row, say, row $100$, let's replace the rows with the corresponding entry from an infinite identity matrix. So rows $1..100$ will stay the same, but $101 .. \infty$ are going to be changed.
In order to do this, we replace the zero in the column vector B with the actual coefficient in A we're trying to solve for. This requires knowing the coefficients in A, obviously.

The residue is the part that is inaccurate, and by the $300$th term, the coefficients seem to be about ten orders of magnitude smaller than the singularities I've re-moved. And by the $300$th coefficient, I'm already dealing with extremely small coefficients as it is. So this $700 \times 700$ system is probably accurate to a hefty number of decimal places, at least $40$, if not $60$ or more, for complex inputs about a unit distance from the origin or less.

In order to improve convergence, what I've done is taken the coefficients for the two known singularities at $0.31813... + 1.3372357i$ and its conjugate, and put them in the B vector, rather than $0$'s. These coefficients aren't the true values from A, but they're much, much, much closer to the true values. This reduces the errors in the final solution by several orders of magnitude.

Thus, we only solve a $100 \times 100$ system, which actually is solving a $2000 \times 2000$ system, with very, very good approximations of the coefficients $101..2000$. And note that the right hand side can be precalculated in chunks, reducing memory requirements and making it feasible to solve large systems. For example:

I am unable to find some examples on the main site right now, but I think that I have seen some instances where MathJax formulas with slightly higher vertical height are hidden behind the text. Let us try some experiments here: 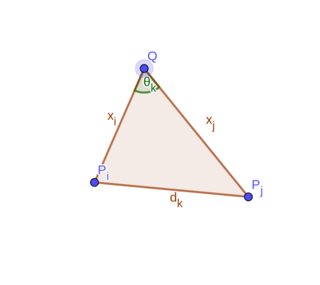 As Li Li commented on your closely related Question, the Law of Cosines gives us a system of three quadratic equations for unknowns $x_1,x_2,x_3$:

SD-test-sandbox-012345678abcdefgh-temporary
This is a SmokeDetector testing post. It may be deleted at any time. I can't post on Meta.SE sandbox for insufficient reputation.

Let try this toy example: Let $\Sigma = \mathbb D$ be the unit disk and defined on $\mathbb D$ the metric:

Then the area $\mathbb D$ is given by

Apparently $\leftarrow_\$$ is broken according to a report? Seems to not be the case...

This post suggests that there are problems if there is < or > inside the comment: > is closing HTML comments without a -​- delimiter. See also Emil Jeřábek's answer, which gives a detailed explanation: Is it possible to temporarily comment out part of a post?

Some stairs you can walk on. Don't worry! It's stable!

This answer slot available for anyone to use.

Not the answer you're looking for? Browse other questions tagged support mathjax markdown formatting sandbox .

3458
MathJax basic tutorial and quick reference
49
MathJax 2.6 beta
57
The scope of \newcommand is the entire page
8
Can one use Stack Exchange to render mathematical equations for personal use?
16
Striking out equations
19
Mathjax 2.4 beta
8
How to make a remark when reputation is under 50 ?
8
Why does @someone sometimes disappear from comments?
12
“Big” TeX won't get hidden by `!>`?
9
Are picture environments not allowed in MathJax?
See more linked questions

10
Allow TeXification in <code> tags.
125
Sandbox for drafts of long, complex posts
3
Change the “sandbox” to allow for shorter questions/answers.
5
Would HTML/Unicode formatting cause troubles?
5
Editing to correct formatting. What to do when author edits discarding formatting changes? Why the high rep barrier?
3
Migrating questions to any StackExchange site
11
Where to report MathJax bugs?